The Italian tennis player Camila Giorgi is appreciated not only for her tennis skills, a characteristic that led her to win a WTA 1000 last year, but also for her aesthetic qualities. Camila often literally drives her fans crazy with photos in underwear or in any case with the clothing of her now increasingly well-known Giomila line.

Over time, the tennis player has seen her followers rapidly increase, where she tends to put some of her pleasant photos of her, all mostly on her official account of the well-known social Instagram.

On the tenni courts, the athlete does not experience a moment of exceptional shape and she has returned from several negative results, so much so that she is no longer the blue number one, surpassed only a few weeks ago by her countrywoman Martina Trevisan.

She recently made it to the semifinals in Eastbourne, but she quickly collapsed against Ostapenko.

In addition to Camila, a protagonist on social media several times was even her father Sergio, often criticized for his attitude (sometimes over the top) as happened recently in the Paris tournament at the Roland Garros.

In the last few hours Camila was once again the protagonist of the social world. The Italian champion has published some amazing Instagram Stories, where she showed off with a sensual and very super pink suit of her well-known Giomila line.

This is just another shot of her fantastic line and Camila is more than ever ready to make her followers dream. While tennis is experiencing a period of break from major tournaments, after Wimbledon, tennis players are training and are hard at work in view of the next upcoming engagements.

This week the women’s Tour is present at the WTA in Palermo where there are several Italian tennis players such as Cocciaretto, Lucia Bronzetti and Jasmine Paolini. The highest seeded is Putyinseva. 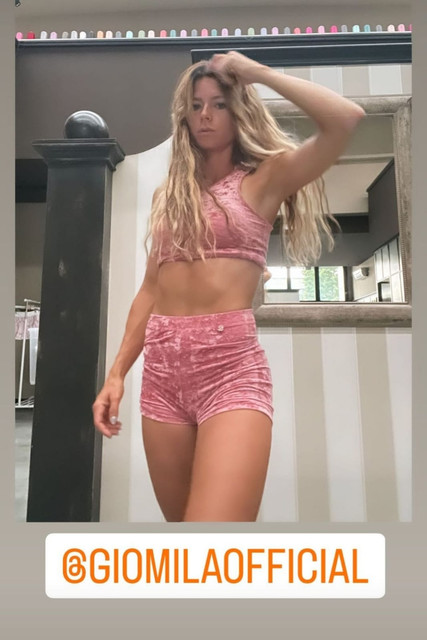