The tennis racket has a very ancient origin. In fact it was used by the ancient Romans. It was then mainly used for the tennis court. The tennis racket, similar to that of the shuttlecock and basketball string, is characterized by a handle of different sizes, by a stem, by a central part, called the heart that joins the stem to the plate, therefore by the wider and rounded part constituted by the stringing, called the plate of the strings. The shape and materials used have slowly evolved over time, guaranteeing an improvement in impact and ball control, which was previously more difficult.

Built in different materials, originally it was in wood, then it slowly evolved up to our days first to steel, then to aluminum alloys to get to carbon and graphite, the two materials now most used. Available in different shapes and sizes depending on the way of playing each individual player. You can also change the weight and balance.

A cross-country player will need a slightly more balanced racquet in the head, while a flying player will benefit more with a more balanced racquet in the handle. The grip of the handle varies according to the choice of the player: if he plays the one-handed backhand, a tighter grip is preferred than those who play the two-handed backhand. The grip is covered with adhesive tape that ensures the good grip of the racquet, changed periodically.

Artificial intelligence designs the tennis racket of the future

IA of the All Design Lab team created the Hìtëkw, a modern version of the classic tennis racket. It is a futuristic version, lighter but more resistant. Designers decided to simply ask AI text-to-image chatbots to reimagine tennis rackets. 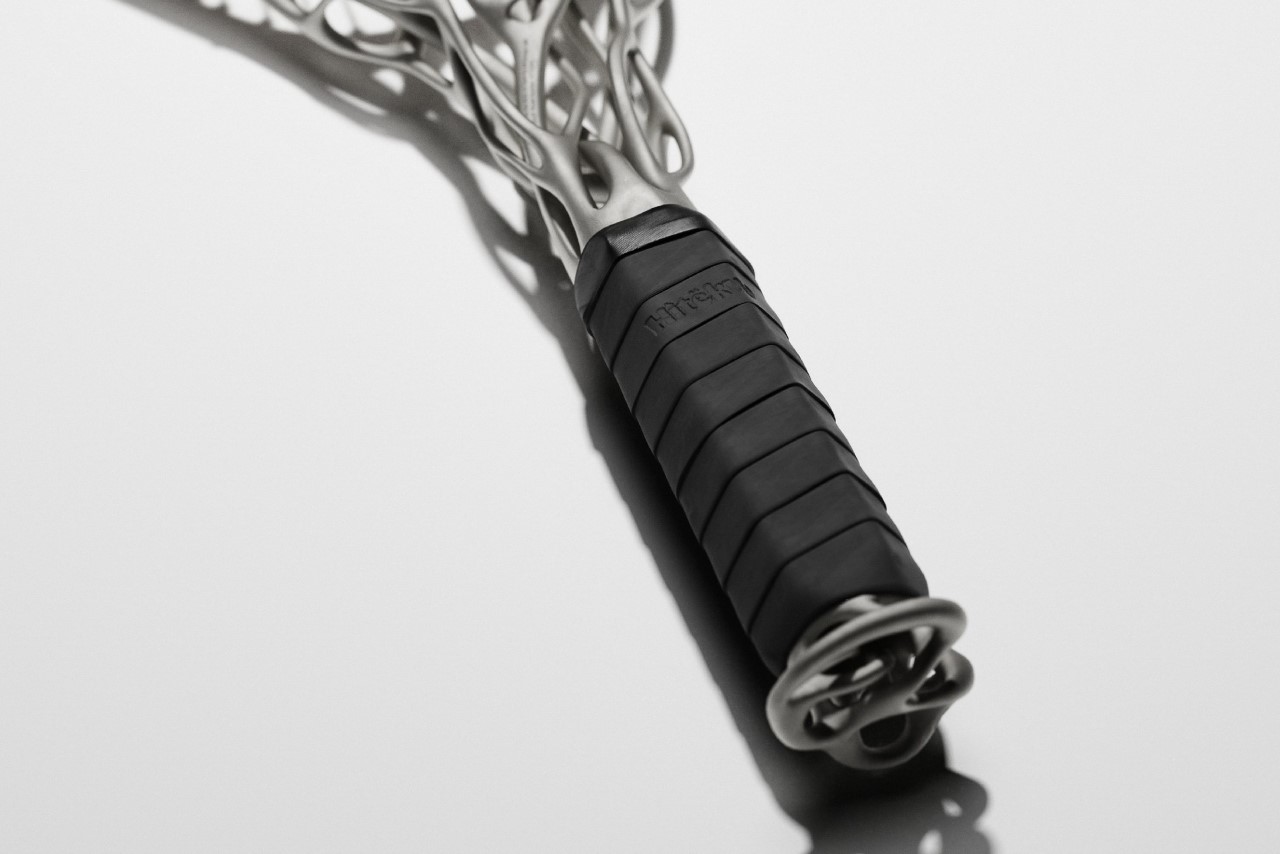 Hìtëkw top and bottom are fairly standard, although what connects them in the center looks almost like an organic series of branches. It’s an interesting deviation from the Y-frame seen on most racquets, but what sets it apart is not only its unique aesthetic, but its functionality as well. 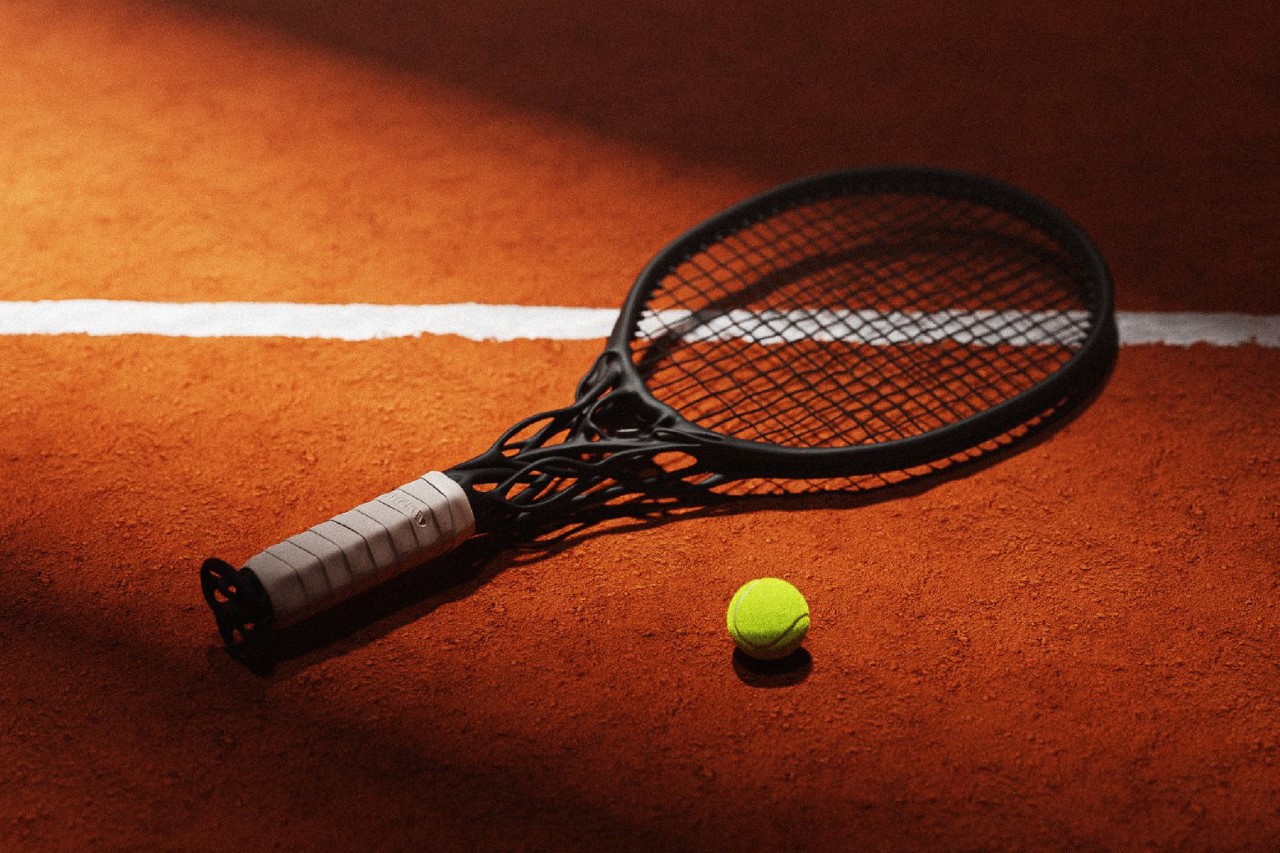 Team of All Design Lab told: “From the start of the project, we wanted to explore new opportunities. We wanted to create something exciting to tell a new story within the sport. What we learned from this is that although these programs are extremely powerful, they are only as powerful as the source material they have to sample. 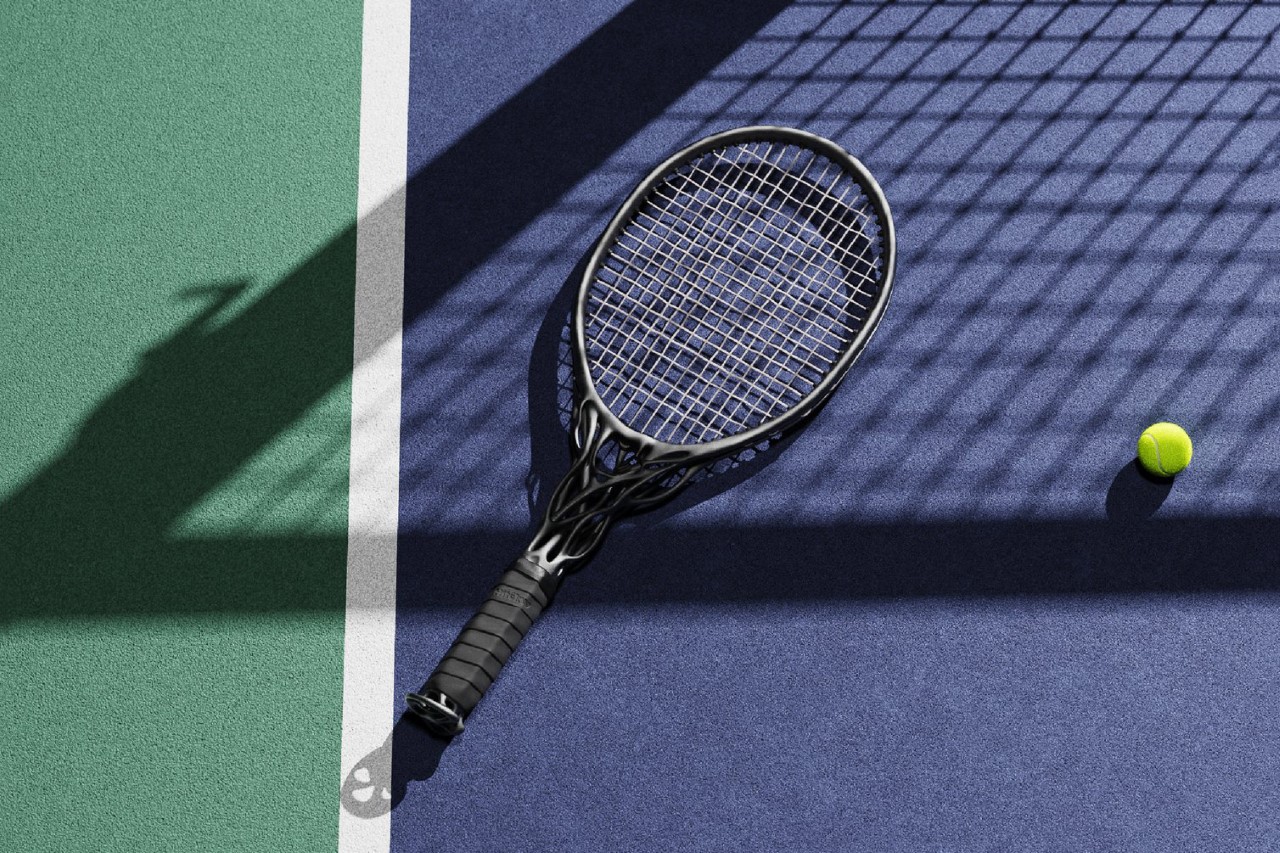 And with tennis racquets, the shape doesn’t change much from its inception. However, the potential is still there to imagine an even lighter and stronger racquet that harnesses the new design techniques, especially advanced CAD processes such as generative design tools.”