Elliott Budzinski, Thomas Schrage, and William Ferguson, have spent the past few weeks in the UK, competing in the Formula Ford Festival at Brands Hatch and are now gearing up for the Walter Hayes Trophy at Silverstone this weekend (November 5-6).

Schrage, 17, was the highest-placed of the three at Brands Hatch, having registered fourth place in the curtailed final, which was won by former Team USA contender Max Esterson, who raced and won in GB3 with Douglas Motorsport this year.

A gap in their schedule allowed the trio to get behind the wheel of Douglas Motorsport’s Tatuus MSV-022 GB3 cars, which represent a big step up from the Formula Fords they are used to thanks to considerable increases in horsepower and downforce.

“For me downforce isn’t something I’ve experienced before and wow, to think a car could do that! All in all though, I think it went quite well and I was super excited to try my hand in something with a bit more horsepower.”

FRP F1600 Championship championship-winner Schrage (below) commented: “I had a fantastic time at Bedford Autodrome with Douglas Motorsport turning laps in their GB3 Championship car. Being my first time in a car with aero, it definitely did not disappoint. Huge thanks to Jeremy Shaw, the Team USA Scholarship and all the Team USA supporters and partners for organizing today’s test and allowing me to step into a GB3 car for the first time! Also, thank you to the Douglas Motorsport crew including Wayne Douglas and Gemma for making today so amazing!” 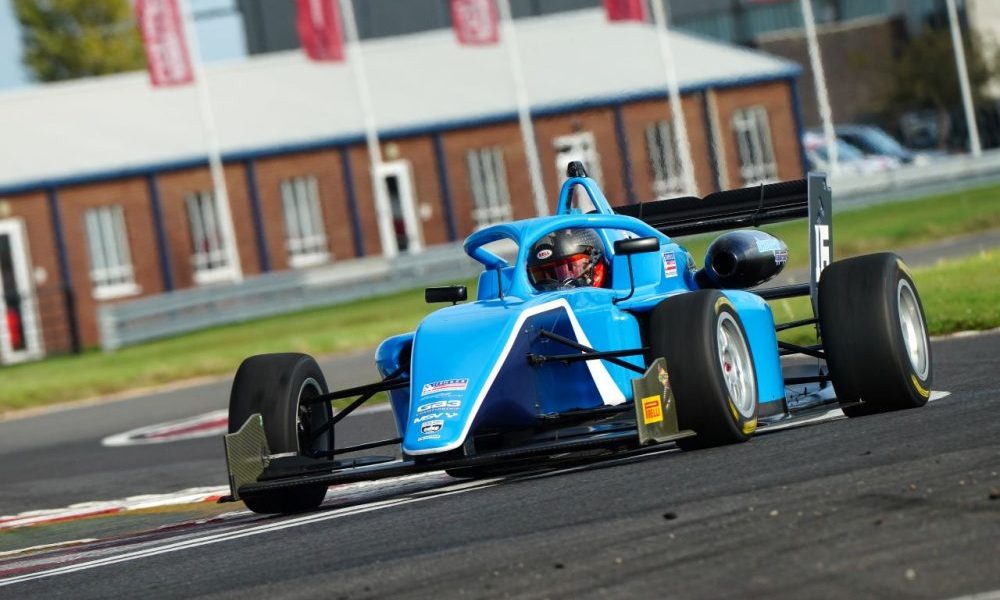 Canadian Formula 1600 Championship runner-up Ferguson (below) added: “Wow! What an awesome way to start off the week. The Team USA boys and I got to do a few laps in a GB3 car with Douglas Motorsport at Bedford.

“We all got comfortable with the car pretty quickly and had a lot of fun pushing the limits. The Douglas crew, Wayne, Gemma and Alex were very welcoming to us and we had a very enjoyable day. The taster has definitely opened my eyes to racing in the UK and I’m looking forward to moving up in the future.” 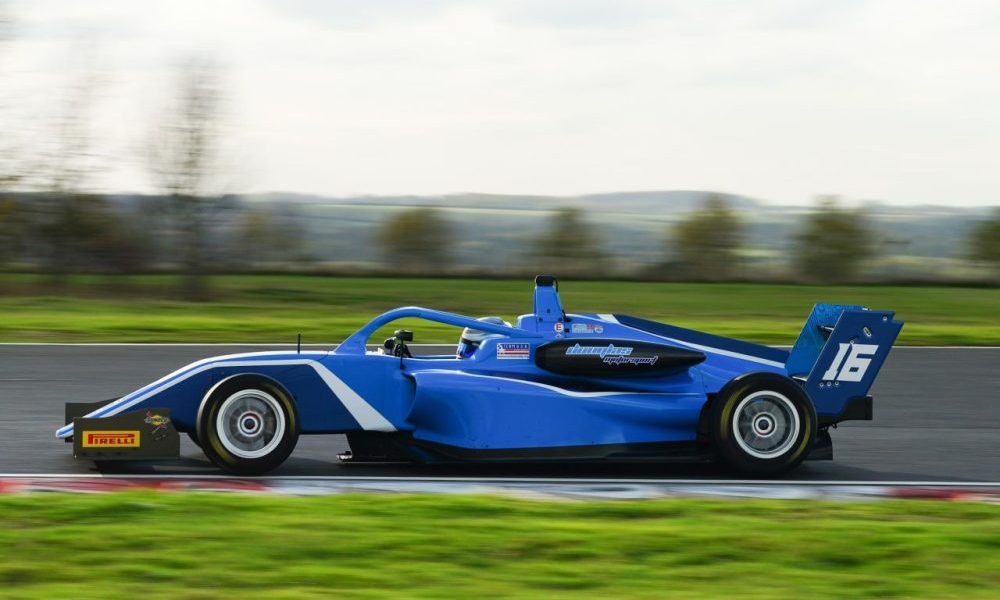 A Team USA Scholarship driver has graduated into GB3 from the scheme across the past two seasons, with the trio looking to follow in the footsteps of Bryce Aron and Esterson, who both won GB3 races this year.

Douglas Motorsport Team Principal Wayne Douglas reckons each of this year’s trio has the potential to continue moving up the ladder, based on their performance at Bedford Autodrome.

“We are thrilled to have continued our partnership with the Team USA Scholarship and given the opportunity to Elliott, William and Thomas to test a GB3 Championship car,” he said.

“We were very impressed by how each of them adapted to the car and it’s clear they have a lot of potential for the future.”