Hyundai’s Ott Tanak is just 27.3 competitive miles away from his third Rally Finland victory after keeping a charging Kalle Rovanpera at bay during Saturday’s penultimate leg. But with only 8.6s separating the pair on the fastest round of the FIA World Rally Championship, Tanak knows he’ll need to keep it on the edge over Sunday’s four stages.

The Estonian pushed his i20 N Rally1 to its limits on Saturday’s eight superfast gravel stages clustered around the Jamsa region, maintaining his position at the head of the field ahead of tomorrow’s final blast in the “Gravel Grand Prix.”

Wet conditions on the opening four tests weren’t quite to Tanak’s liking, although he arrived back at the mid-leg service in a slightly more comfortable position than when he’d left first thing in the morning.

He was more confident on the drying, grippier second pass over the stages in the afternoon and set a similar pace to WRC points leader Rovanpera, who’d finished Friday’s leg fourth overall after “road sweeping” the gravel as first car on the road, but surged through the field to end Saturday as his nearest contender.

The competition in Finland is traditionally very tight, and with Sunday’s itinerary adding up to just those 27.3 stage miles, local hero Rovanpera would need to be on another level to realistically overturn the leader and grab his first home win. That said, The Toyota Gazoo Racing ace has pulled off similar feats already this year…

“It’s still a bit of a surprise to be where we are at the moment,” said Tanak, “but, definitely, it’s been a good day considering the conditions that we had. We really thought we would lose a lot more time, but actually we are doing good.”

Rovanpera was the driver of the day, grabbing five stage wins in his Toyota GR Yaris Rally1. Starting eighth on the road for Saturday’s stages after the overnight re-order, the 21-year-old Finn was no longer clearing loose gravel and blitzed his Toyota teammates, Elfyn Evans and Esapekka Lappi, in his climb up the order.

“We lost quite a lot of time yesterday, but today we have been trying our best to catch it,” said Rovanpera. “It’s not easy because the gaps are so small, but we have good points coming and tomorrow we just need to finish the job.”

Lappi was feeling frustrated after his Yaris scooped up a stray rock on the day’s sixth stage which cracked the windshield, drastically reducing visibility for the remaining tests. He had to err on the side of caution over countless blind crests and trailed his countryman Rovanpera by 26.8s to sit in the final podium place.

Evans, too, was in trouble. His Toyota took a heavy compression on the penultimate stage which snapped the bolt connecting the left-rear upright to the suspension strut. Frantic repairs were made by Evans and co-driver Scott Martin using ratchet straps and cable ties and the Welshman nursed the car through the leg-ending Vekkula 2 test, dropping almost one minute while amazingly still holding his position of fourth overall.

Hyundai fitted new differentials to Thierry Neuville’s i20 N Rally1 overnight and he enjoyed a drama-free Saturday. Feeling more comfortable with the handling, the Belgian pressed on to a lonely fifth overall — 45.8s behind Evans, but with a 42.0s margin over Toyota development driver Takamoto Katsuta, who threw away precious seconds with a series of spins.

M-Sport Ford duo Gus Greensmith and Pierre-Louis Loubet were in a battle of their own for seventh overall, with Loubet setting the early pace before losing the position to his Puma Rally1 colleague on the penultimate stage. 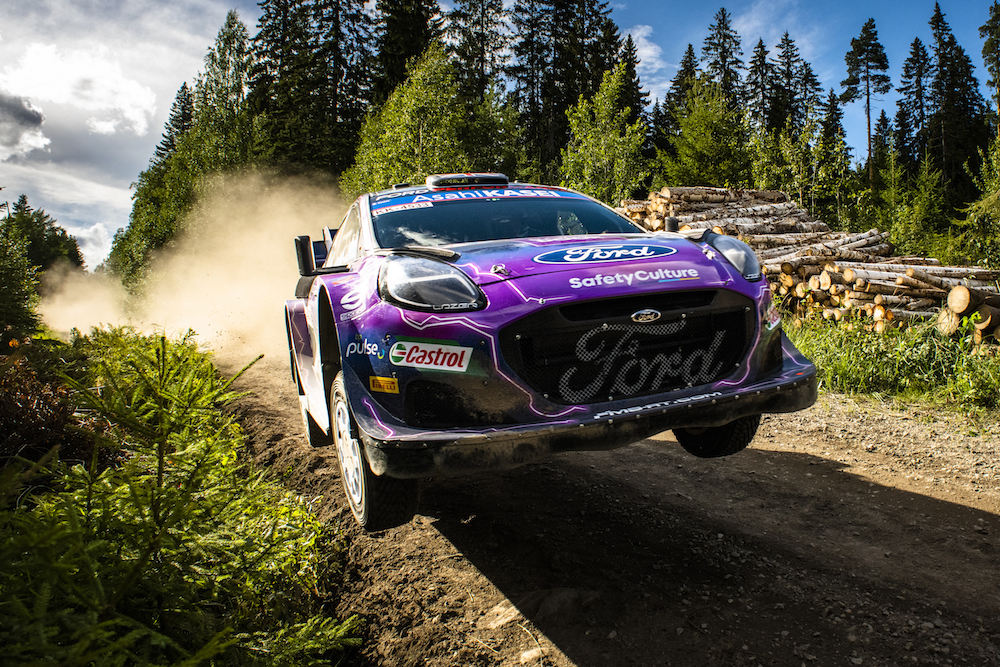 Craig Breen was the day’s only top-tier casualty, retiring from fifth overall in the second stage. The Irishman misjudged his line over a high-speed jump, colliding with a rock which ripped a rear wheel from his Puma Rally1.

In WRC2, the second tier of international rallying, Teemu Suninen held on to the class lead after a scintillating Saturday scrap with fellow Finn Emil Lindholm.

Suninen topped WRC2 by almost 20 seconds after dominating Friday’s opening leg, but saw his advantage almost halved in Saturday’s opener when a mysterious issue left his Hyundai i20 N Rally2 down on power.

That glitch was quickly cured and from that moment onward, he and Lindholm were evenly matched, each claiming four fastest times in the changeable conditions.

A faulty starter motor meant Lindholm had to jump-start his Skoda Fabia Evo several times, but it didn’t affect his speed on the stages and the 26-year old ended the day just 10.7s behind Suninen, as well as top WRC2 Junior contender. 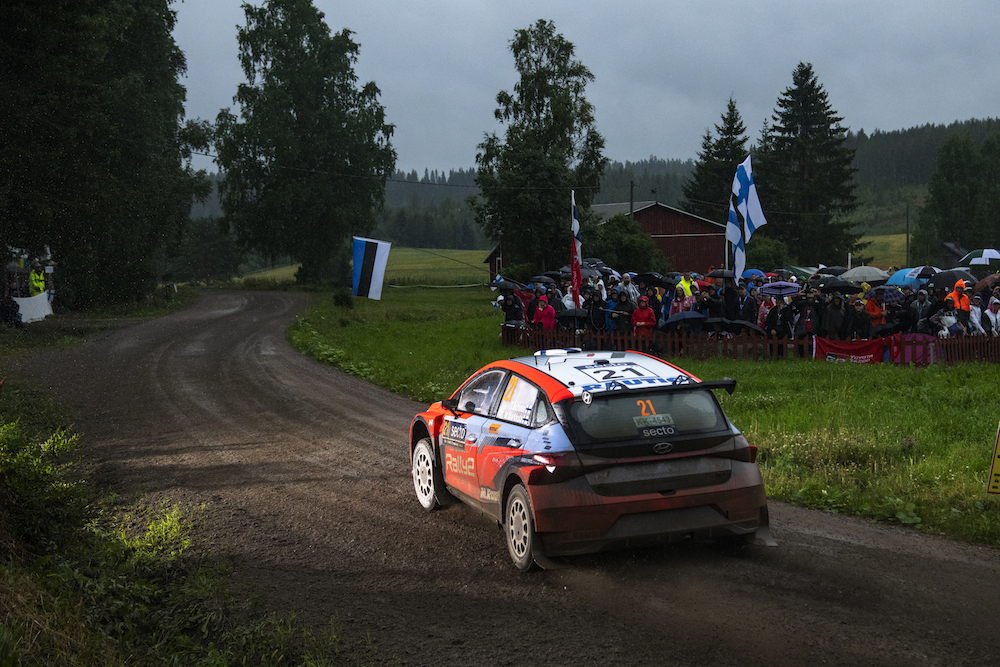