The weather didn’t play as big a part as it did on Saturday, with GT-1 being really the only race impacted. Sprinkles started as the high-horsepower, slick-tired machines left the grid, and a car dropping oil on the pace lap delayed the start. By the time the field took the green, the track was now damp. Three cars got together in Turn 1 at the start, including pole-sitter Michael Lewis, bringing out a full-course caution. It was that caution that made all the difference. Thomas Herb had brought his Porsche 911 GT3 Cup car in during the delayed start for rain tires.

The delayed start and caution brought by the Turn 1 incident allowed Herb to catch the back of the field. His Porsche, which gives up a lot of power to the tubeframe, V8-powered thundering machines that make up most of the field, was now able to slice through the pack as the other drivers had to exercise great caution just to stay on track. Herb ended up with a whopping 72s margin of victory, and the first GT-1 win for Porsche. And because he started 13th, he also earned the Sunoco Hard Charger Award for improving the most positions.

Spec Racer Ford Gen3 is usually a close battle, with drafting playing a big part and multiple changes for the lead. Bobby Sak was having none of that. In a rare dominating performance in the class, he took the lead from polesitter Franklin Futrelle on lap 6, put a gap on the field and was never headed. He left a pack of cars behind to battle for the remaining podium positions, claimed by John Black and S. Sandy Satullo III.

The Formula X podium may have well been the youngest in SCCA Runoffs history. All three drivers, with winner Vaughn Glace, Trevor Russell in second and Austin Hill in third, are teenagers, and all three are Runoffs rookies.

David Daughtery’s sole possession of third place on the all-time Runoffs victory list lasted less than 48 hours. Andrew Aquilante’s sixth win in Touring 1 on Sunday morning brought him back into a tie with Daughtery at 11 National Championships.

Successful Reprise … and Future Returns?
The history of the Indianapolis Motor Speedway and SCCA aren’t exactly intertwined, but the first Runoffs at The Brickyard in 2017 begat a second. And the owner of the Speedway, Roger Penske, certainly understands SCCA and road racing, having his own beginnings as a racing driver in the Club – he’s the only driver to win the President’s Cup three times — and then having a great history in Trans-Am and Can-Am as a team owner. The signs point to a great possibility that SCCA and IMS could have more of a future together.

“The first Runoffs here in 2017 started with a conversation I had with Lisa Noble, whom I used to race Formula Vees with, during one of our Grand-Am weekends here,” explains Doug Boles, president of IMS. “We were on the roof and she said to me, ‘Would you ever consider having the Runoffs?’ I said I didn’t realize the Runoffs was something you would move, I thought you found a home. And so when they started talking about how they were going to rotate and it could be something that would be special, it made a lot of sense for us.

“We had such a successful year that year, both SCCA and Speedway. One of the things I loved about it was our yellow shirts, our ops team, had so much fun with the SCCA team and vice-versa. So It’s exciting to have SCCA back. The neat thing about it is this is Roger’s first year now owning the Speedway having the Runoffs. Roger came in Friday for a lot of meetings, and we spent a couple hours just walking through the paddock and talking to folks.” 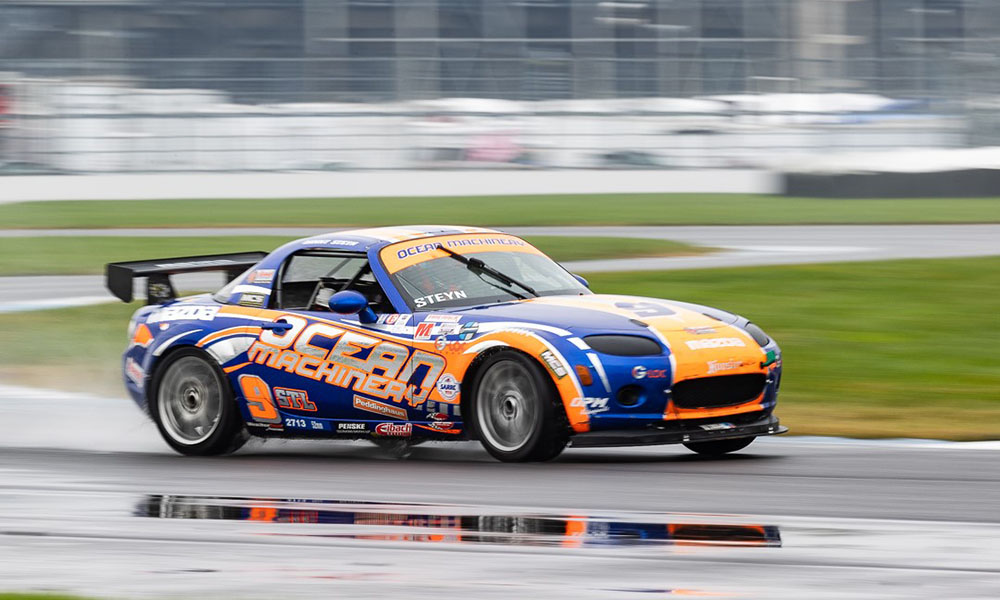 Boles said that even during the meetings Penske was having at the Speedway, he had an eye on the video feed of the races, and liked what he saw. And those meetings, along with Robin Miller’s celebration of life on Saturday, exposed SCCA and the Runoffs to people who had never seen the event or may not have seen the event in many years. The repeated success of the event, including the second-largest field of racers in Runoffs history (exceeded only by 2017’s turnout at IMS), portends well for the event making a return to America’s most historic and well-known racing facility.

“The racing is awesome. You may not know the race dar drivers, but the racing in every class has been fun to watch. [Penske] understands how important it is to the folks getting an opportunity to compete here, so absolutely, I think we’d have it back in the future. The biggest things is putting it on a rotation that keeps it special for the participants, And the SCCA likes the idea that SCCA doesn’t otherwise race here, unlike somewhere else where those locals have a leg up. Here, especially since we don’t run Turn 7 like SCCA runs it, and normally we don’t run the inner loop generally, the layout that SCCA runs is sort of exclusively used for SCCA, and that makes ti even harder for someone to come in and get track time. So it levels the playing field, which they like.”

The 2022 and ’23 Runoffs are slated for VIRginia International Raceway, which hosted the event in 2019. Venues for 2024 and beyond have not been announced.