Here are four words a team never wants to hear from a driver: “It got very quiet.”

Unfortunately for Bobby Rahal and the BMW North America IMSA GTP program, those words were indeed spoken during the 12 Hours of Sebring in 1986.

Masterfully told by the man whose life would change a few months later after winning the Indianapolis 500, enjoy a long and winding story from Rahal on all that led to the phrase being uttered 35 years ago:

“For a number of years, I tried to get a ride with a BMW,” the Ohioan said. “My old mechanic from Atlantic days, Wiley McCoy, had gone to work for McLaren on the BMW turbo four-cylinder engine. He had been working for Doug Shierson in Michigan, so he went on to McLaren [Engines in the same state] and started up with them, probably ’77, somewhere around there, when [David] Hobbs was driving the BMW and McLaren had a relationship.

“So I’d kept bugging him and anybody I could talk to at BMW to try to get a ride in the car and never [happened]. But in ’85, I guess it would have been, an original partner with Bruce McLaren when they started McLaren Engines and McLaren USA called me up and said, ‘We wonder if you’d be interested in driving the [GTP car] doing the long races like Daytona and Sebring?’ And of course I jumped at it and said, ‘Absolutely!’”

RETRO: Mario Andretti on his first F1 win with Ferrari, 50 years ago

RETRO: When IndyCar opened its season in Argentina

Years earlier, and with a total absence of success, BMW dipped its toes in the fiercely contested realm of factory prototype competition in IMSA. Its return, set for 1986 with a customized March chassis from England and the aforementioned BMW four-cylinder turbo motor (which had been taken and slightly detuned from its original Formula 1 specifications), the program held immense potential.

In an era where horsepower was routinely dialed beyond 1000 for qualifying, and just below quadruple digits for the race, Rahal, along with teammates David Hobbs, John Watson, John Andretti, and Davy Jones in the three-car team were armed with the kind of acceleration that few could match.

“It was so fast…it was crazy,” Rahal recalls of the March-BMW. Image by Marshall Pruett

“I was very excited — finally my chance to drive for McLaren and my chance to drive for BMW,” Rahal said. “This is ’86. I’m testing down in Monterey in IndyCar. And I fly all night, get back to Daytona just in time to make the press conference and learn they’re not entering the race after all. On the way down from Detroit, they had stopped at Road Atlanta to do a run-in and what have you, and the car I was going to drive caught fire. It was a pretty substantial fire by all accounts. So they turned around and headed back to Detroit.

“There I am sitting in Daytona Beach with nothing to do so. In the ensuing month and a half or whatever between Daytona and Sebring, they had a fellow who was producing the bodywork for the car, and they figured out, I guess, what had happened with the fire.

“So I go to Sebring and the cars are there, and I’m scheduled to drive with John Watson and Hobbs. I went out and did some laps in practice, and I mean, it was so fast. It was crazy. I think I set the fastest time or second-fastest time in this practice session before qualifying. And I was in traffic! No way it should have been that fast. I go up behind [Al] Holbert in [Porsche] 962…it was just remarkable how powerful that BMW engine was. I could pass anybody at will.”

BMW North America’s speedy new driver on loan from Jim Trueman’s Truesports IndyCar team made quite an impression in his first event with the No. 18 BMW GTP entry…

“So I come around and get through 1 good. I’m in 2, I’m flat out. And then all of a sudden, the car snaps and it just gets real quiet and up the car went. Somebody saw it: They said it was about 30 feet in the air.”

Racing on the runways that once formed the Hendricks Army Airfield base, positioned next to an active airport, Rahal went sailing through the sky without knowing how the adventure would end.

“It had just taken off, and then it endoed to Turn 3 — luckily, in the sand beside the track,” he continued. “So the impacts weren’t that hard, but it just kept kind of bouncing, nose to tail, nose to tail. And as I said, it got very quiet. It’s amazing how little sound a car makes when it’s 30 feet off the ground. You’re watching the world go around in front of you, through the windscreen.

“And then you hit once and wait. Hit again, wait; hit again. I was lucky, (the car) doing all of its main gyrations in the sand and in the grass alongside the track. Had it been on the concrete, it probably would have been a bit more shocking.

“It landed upside down. So there I am and these car workers came up, and their eyes were as big as they could ever be. I was going to let my belts off by myself, because I was upside down. But the guy went and grabbed and I yelled, ‘No, no!’ He grabbed and released them, and boom — down on my head. I managed to crawl out and had no real issues other than a mouth full of sand and dirt all over the place and you name it.” 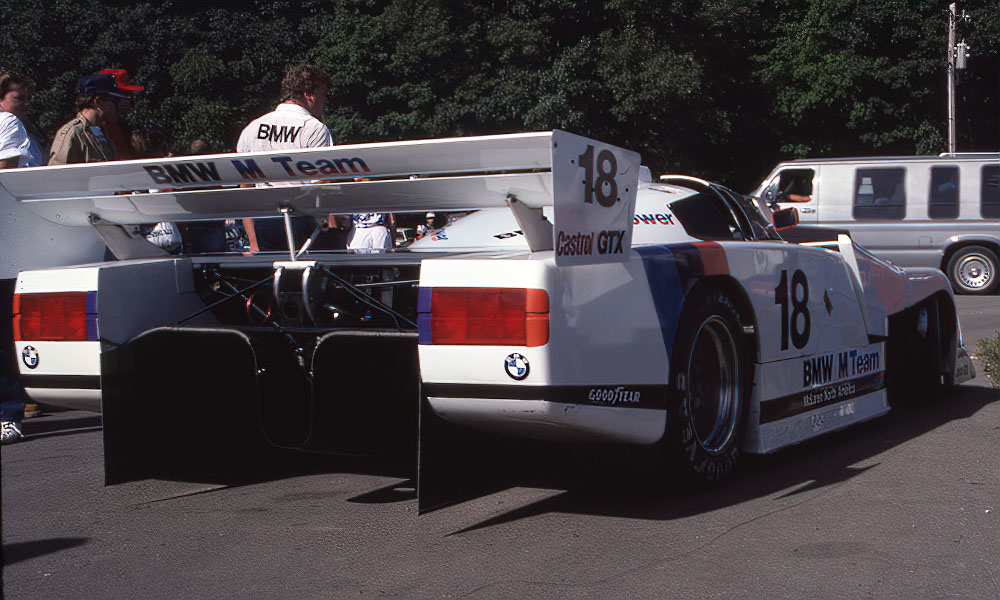 Despite the lack of photo and video evidence, it didn’t take long for the team to figure out what happened. Like Daytona, BMW North America would not partake in the race.

“The rear bodywork came off in the middle of 2, and it took the wing with it when it went off, so it lost all its downforce,” Rahal said. “Unfortunately, there’s no pictures of it that I know of, but apparently it was pretty spectacular. After that, BMW withdrew their entries. It was a bit of an ignominious debut for the McLaren BMW program, but later on, at Watkins Glen, John Andretti and Davy did win and had some good races.”

After his takeoff and somersaults at Sebring, Rahal’s IndyCar crew chief and team owners checked in with their driver. 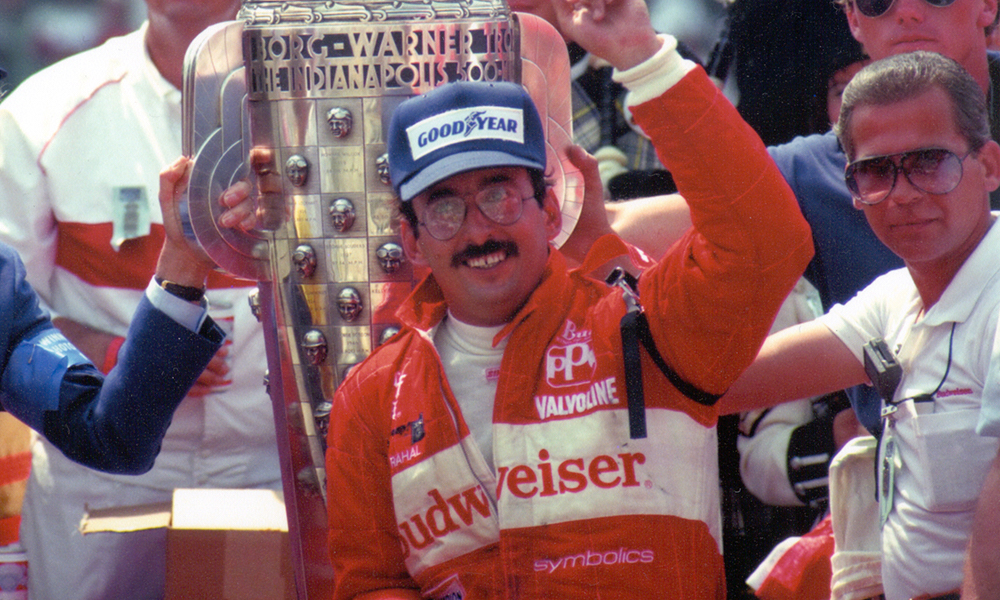 Sebring was unnerving but no lasting damage done, and two months later, Rahal won the Indy 500.

“I don’t think Steve Horne and Jim Trueman were too happy with me, because this is, of course, now two months prior to the 500 that we would go on and win. But yeah. That was my brief flirtation with McLaren and with BMW, at least as a driver,” said the current day co-owner of the BMW Team RLL IMSA team.”

“And then of course, poor Wiley. He’d politicked for me to finally get this ride, and said, ‘Then we go out and kill you.’ It was spectacular, I guess would be a good word for it.”

Hear more from Rahal about this adventure in the podcast below, or click here.