After battling understeer in the morning loop of stages, Hyundai’s Thierry Neuville put in a spectacular charge on the afternoon’s repeat loop to hold the narrowest of leads from day one of WRC Rally Spain.

Neuville set fastest time in all three of the afternoon’s tests in his factory i20 Coupe WRC, and the Belgian heads Toyota’s Elfyn Evans by just 0.7s at the conclusion of the opening six special stages and 69.61 competitive miles of the all-asphalt event in the rugged hills behind Catalunya’s Daurada coast.

Heading to the penultimate round of the FIA World Rally Championship, the focus had been on the championship battle between Toyota teammates Evans and Sebastien Ogier. Evans’ win last time out on Rally Finland closed the gap to seven-time and reigning champ Ogier to just 24 points, and with a maximum of 30 up for grabs in Spain, he’s looking to outscore the Frenchman to take the fight all the way to Italy’s Monza Rally finale next month.

An incredible time on the day’s opening stage, 5.1s faster than Neuville, showed Welshman Evans meant business. He followed it with a shared fastest time with Neuville on SS2, then extended his end-of-morning lead to 7.9s over the Hyundai driver with another fastest time on the third test.

For Neuville, winner of Rally Spain when it last ran in 2019, it had been a frustrating morning.

“It’s terrible understeer,” he explained. “I try really hard, but no way, no way. I can’t even turn…”

In the afternoon, it was a different story. The second run through the loop of three stages saw significant dirt and gravel on the road surface from drivers cutting corners for the fastest lines, and with those cuts getting deeper, Evans was fortunate to escape a huge moment in his Yaris WRC early in SS5.

“Yeah, it was a pretty big moment to be fair,” said Evans. “I just got caught out by the gravel and [the car] just took off. That came as a bit of a surprise and naturally then I was a bit tentative through some of the other places.”

Quick on the morning’s cleaner pavement, Evans found things a little tougher when the roads got dirtier…

In contrast, Neuville finished that stage 7.9s faster than Evans, taking the overall lead by just 0.3s. And after edging Evans by 0.4s in the day’s closing test, he explained how the trickier road conditions had worked in his favor.

“The car was working better and we are getting in the right direction,” said Neuville. “When the road is quite dirty, it’s less of a handicap for us because when we have to drive like on [a race] circuit and use all the road, we still struggle with the balance. In these dirtier conditions I was able to take more out of the car, and obviously you can immediately see it in the time.”

But despite seeing his lead disappear, Evans is still on target for the bigger-picture aim of outscoring Ogier. While Evans was able to wring decent speed from his Toyota, the reigning champ was puzzled by his ultimate lack of pace, finishing the day third and 19.4s behind Neuville .

“I have to try, but for sure someone who had a good wake up this morning was Elfyn,” said Ogier. “I was not comfortable with the dirt, so I was just slow and that’s the way it is. I didn’t have enough confidence in the car to really push maximum.”

With local hero Dani Sordo just 5.4s further back in the second of the factory Hyundais, Ogier will need to take it up a notch on Saturday’s faster and more flowing set of seven stages and 73.04 competitive miles if he’s to safeguard the final podium place and not lose too much of his championship lead to Evans. 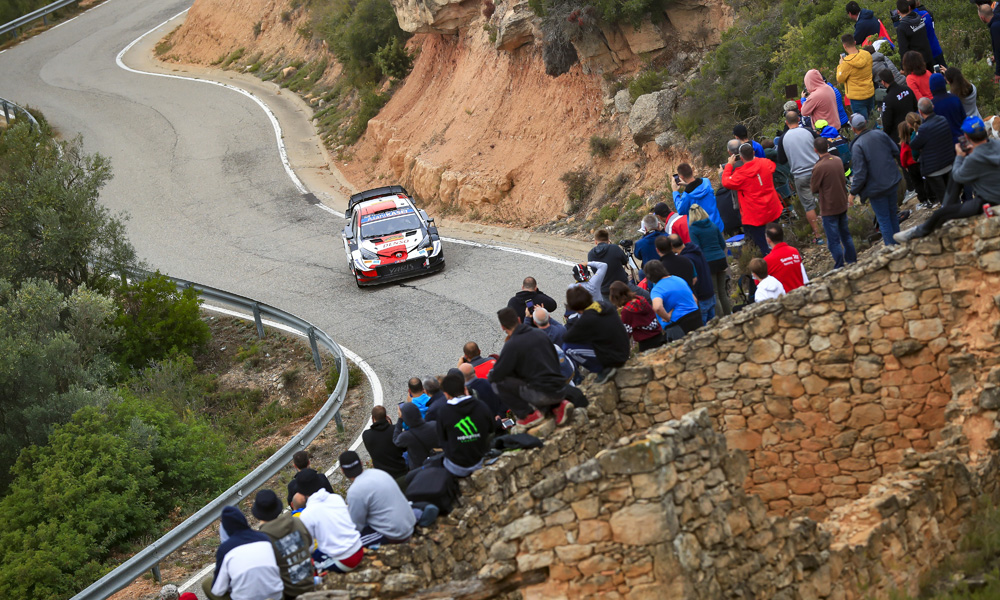 Reigning champ Ogier is up against it in front of the Spanish fans. McKlein/Motorsport Images

Hyundai lost the third of its factory i20 Coupe WRCs when Ott Tanak crashed out of sixth place on the day’s fourth stage. The Estonian had already had a lucky escape with a monster spin on SS2, thankfully without hitting anything.

Kalle Rovanpera finished the day in fifth in the third factory Yaris. The 21-year-old “Flying Finn” has won two gravel WRC rounds this year, but continues to hone his craft on asphalt and admitted that Pirelli’s latest asphalt tire was taking some getting used to.

In WRC2, the second tier of international rallying, reigning champ Mads Ostberg saw his chances of retaining the title diminish greatly with a puncture and tire change on SS5. For the Citroen C3 driver, winning in Spain is a must if he is to have any chance of overhauling fellow Norwegian Andreas Mikkelsen in the points battle.

Mikkelsen isn’t competing on Rally Spain and will complete his season at the Monza Rally finale, but the 1m40s lost in the tire change has dropped Ostberg to fifth in the WRC2 positions in Spain. If things get even worse, there’s a chance that Mikkelsen, who’s an interested spectator on the event, could be crowned this weekend.

“I don’t know how it happened, to be honest,” said a despondent Ostberg of the puncture. “I was trying to avoid all the worst cuts, but then we get the puncture. It just pretty much sums up our year, but what can we do? I’ll just have to go to bed tonight and hope I wake up in a better mood tomorrow…”

Frenchman Eric Camilli ended day one in the WRC2 lead, his Citroen C3 some 5.7s ahead of top WRC3 runner Emil Lindholm in a Skoda Fabia Evo.

American Sean Johnston currently sits sixth of the WRC2 drivers registered for the championship. It’s the first all-dry asphalt WRC event for the Californian and his co-driver Alex Kihurani, with the duo keen to build miles and experience on the surface in their Sainteloc Junior Team-run Citroen C3. 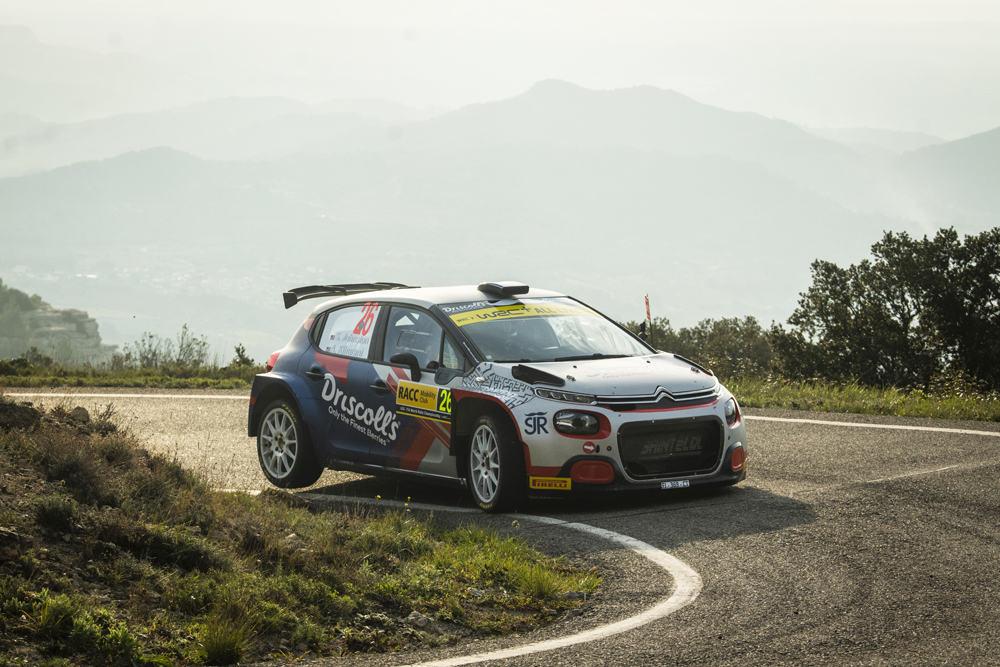