Twenty-one NASCAR Cup Series races will air on FOX or NBC broadcast networks in 2023, the highest number of broadcast races since 2009. The 2023 schedule marks the second consecutive year of growth on network television with one more race airing on broadcast than in 2022.

Eleven races will air on FOX, including the Busch Light Clash at the Coliseum, the Daytona 500 and the next five points races to start the season. The Bristol Dirt Race returns to FOX in primetime on Easter Sunday, while Talladega Superspeedway, the Coca-Cola 600 and Sonoma Raceway are the final NASCAR Cup Series races on broadcast in FOX Sports’ portion of the season. FS1 will present eight NASCAR Cup Series races, beginning with the Duel at Daytona and Richmond.

In 2022, the NASCAR Cup Series experienced its highest viewership and share during the FOX segment of the schedule since 2017.

INSIGHT: Why Ware’s Texas Next Gen crash was different

Ten broadcast races will air on NBC, one more than in 2022, including the kickoff of the NBC Sports portion of the season at Nashville Superspeedway in primetime and the NASCAR Cup Series’ first-ever Chicago street race. The Indianapolis Motor Speedway Road Course and regular season finale at Daytona International Speedway will be the other regular season races airing on the network. Once again, the final six playoff races will air on NBC beginning with Talladega Superspeedway and culminating with the championship race at Phoenix Raceway.

“Over the last few years, we’ve worked closely with our broadcast partners, tracks, teams, drivers, and industry stakeholders to deliver some of the most bold and innovative schedules in NASCAR’s history – 2023 is no exception,” said Brian Herbst, NASCAR senior vice president of media and productions.

“We will always look for opportunities to expand the distribution of our world-class racing product to NASCAR’s loyal fanbase – by adding more broadcast and primetime races in 2023, our media partners are continuing their commitment to reach as many viewers as possible through their network platforms. This commitment was on full display in 2022, with a 4% year-over-year viewership increase for the NASCAR Cup Series and we look forward to continuing the momentum in 2023.”

Additionally, five NASCAR Xfinity Series races will air live on broadcast in 2023. FOX will be home to the classic NASCAR action from Darlington Raceway, while NBC will carry the Xfinity Series four times, including from Road America, Michigan International Speedway, Kansas Speedway and Homestead-Miami Speedway.

Craftsman will make its return to the Trucks Series in 2023 with 22 races scheduled on FS1. The return to North Wilkesboro will air on FOX. Thirteen NASCAR Craftsman Truck Series races will run in primetime, highlighted by the playoffs opener at Lucas Oil Raceway at Indianapolis and the championship at Phoenix Raceway.

Complete times and network schedules for all three national series are below, or click here for a printable version. All times eastern and subject to change. Playoffs races are in bold. 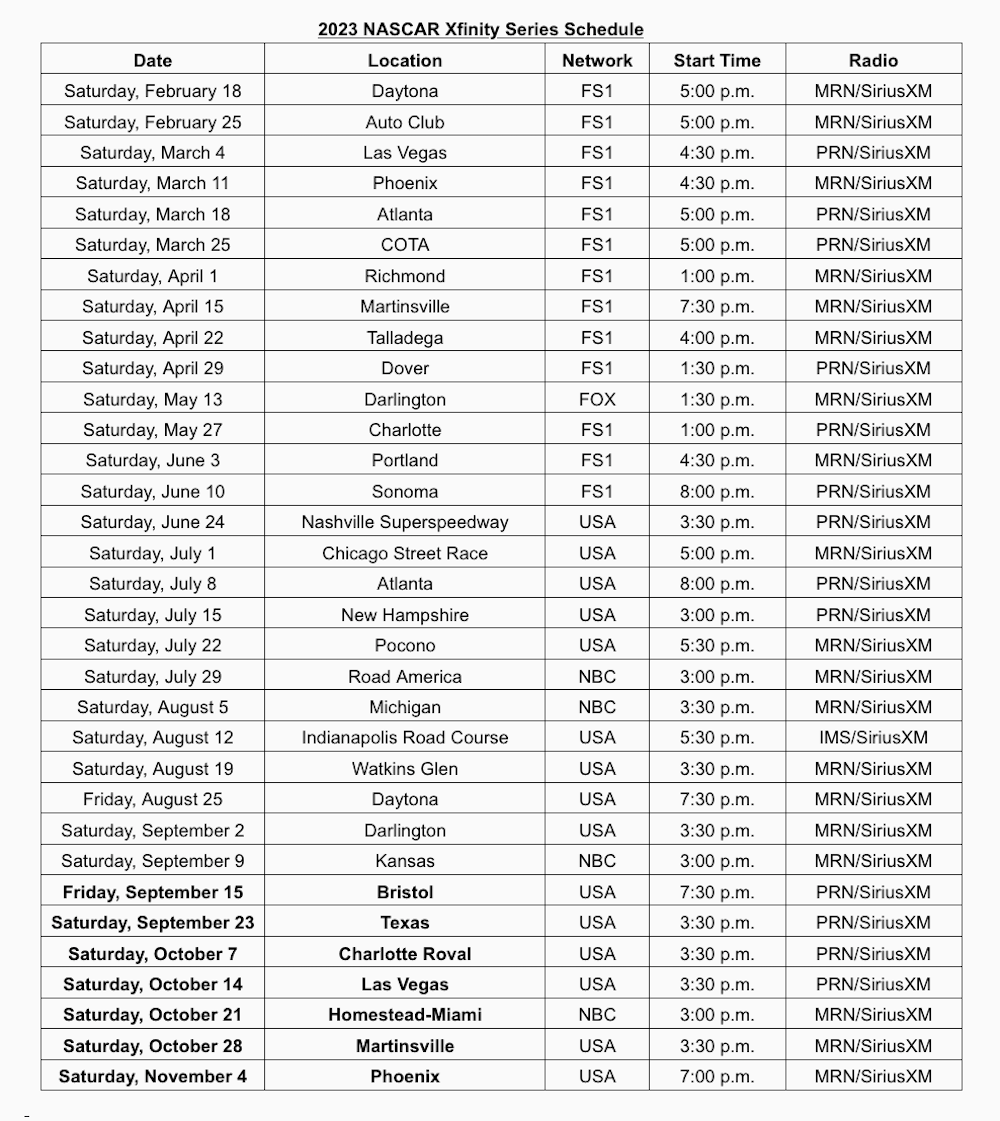 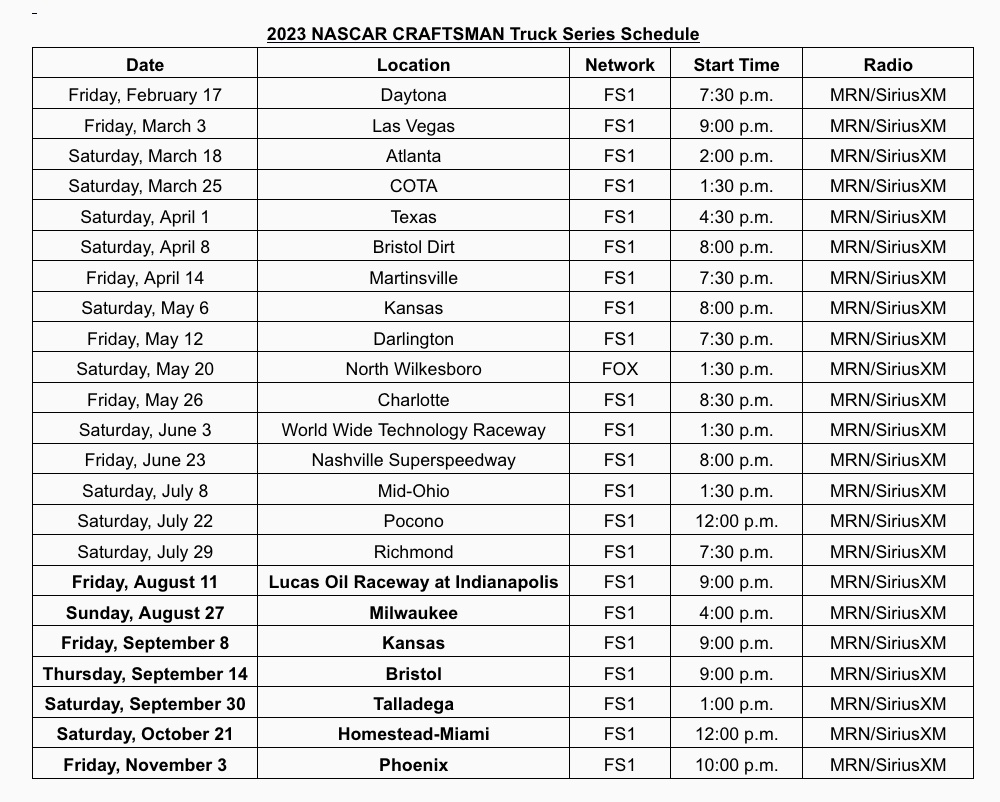