McConnell started the final on pole after an early heat win on Sunday and resisted a start line challenge from fellow Dreyer & Reinbold JC driver Robin Larsson to hold the advantage early on.

With Larsson opting to take the joker on lap two of six, though, he was afforded some clear air and began to take time out of McConnell. By lap four, McConnell had responded, eking out a 6.1s lead over Larsson who was in fourth behind Bakkeurd and Oliver Eriksson who also hadn’t yet jokered.

The lead trio took the longer route at last on the final lap. McConnell emerged just ahead of Larsson, with Larsson and fellow Monster Energy RX Cartel driver Bakkerud colliding in Turn 4 just after the merge.

Oliver Bennett took his best finish of the year in fourth, capitalizing on a last corner coming together for Olsbergs MSE duo Kevin and Oliver Eriksson.

Conner Martell completed the final runners in seventh in what was a torrid weekend for his Vermont SportsCar team. A gearbox issue meant that he had to contend with only having four wheel drive in first and second gear and only rear-wheel-drive in third for the final.

He fared better than teammate Travis Pastrana, however, who spun out of the first heat and was unable to get his car restarted. He then hit a wall in his semifinal requiring a substantial repair job which meant that he wasn’t able to make it to the grid on time for the Last Chance Qualifier, eliminating him from the weekend from that point on. With Jenson Button withdrawing and only nine cars entered prior to that, starting the LCQ would have ensured him a final spot.

In NRX NEXT, George Megennis looked set for a second win of the development class’ double-header weekend after winning his opening heat to grab pole for the final. A strong start for 2021 champion Casper Jansson led to both navigating the first three turns neck-and-neck.

A late joker call for Megennis on the first lap gave both space, but it was Jansson who made the most of it to take victory from Megennis and Jimmy Henderson. 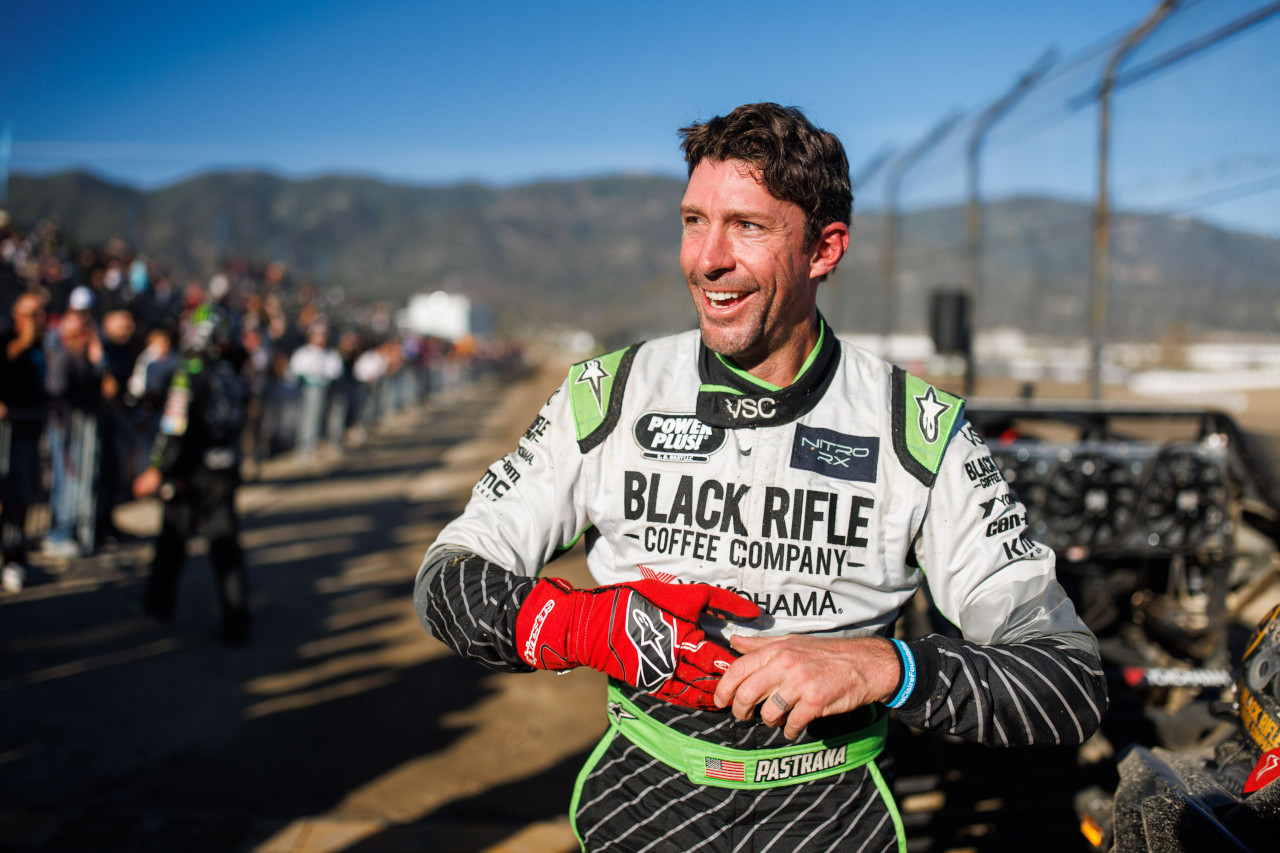 While his weekend in the top class was one to forget, in Side-by-Sides, Travis Pastrana was able to salvage something with victory in the class’ second final of the weekend. He prevailed after a race-long fight with Gregoire Michaud.

The final was initially red flagged, however, due to first lap incidents involving Brian Deegan and Leticia Bufoni. Deegan had been challenging Pastrana for the race lead early on but then rolled in Turn 4, one corner after Pastrana himself had nearly gone over, while Bufoni’s day ended early after sustaining left-front damage with a roll of her own.