The venerable Laguna Seca Raceway Foundation exists to raise funds for the development of the Laguna Seca Recreational Area and is a separate entity from both the track operator and Monterey County. A 501c3 corporation, the LSRF has been rejuvenated of late with key additions to its board of directors — men who collectively possess a clear vision for WeatherTech Raceway Laguna Seca’s future with the energy and wherewithal to help secure it. In the weeks ahead, RACER will share the behind-the-scenes of this world-class raceway’s renaissance.

I walked away from a paddock conversation at the late-April SVRA Trans Am Speedfest weekend thinking the Laguna Seca Raceway Foundation could not have found a more ideal person to serve as its Executive Director than Dick Renard.

A two-hour-long phone call days later confirmed it. Renard, like many of the 11 LSRF Directors he serves, is utterly unique: A self-described “social gadfly,” Renard defers many of the Foundation’s administrative responsibilities while focusing on the priorities of building trust and working to restore cooperation between the many different factions with a hand in Laguna Seca’s future.

Renard’s gift is an ability to see and help shape the Foundation’s drive toward those ends. A long-time area businessman, Dick and wife Jan are both involved in several charities, moving in a variety of Salinas and Monterey County social circles. Through a 17-year club and pro racing career, he acquired a wealth of knowledge about the business and the sport of motor racing, and matches all that with unparalleled skill as a storyteller.

There’s no hiding his deep affection for Laguna Seca Raceway, a love that harkens back to the track’s opening day — November 9, 1957 — and a sports car race won by Pete Lovely in a Ferrari 500 Testa Rossa.

“I always wanted to go to the races with my dad,” Renard recalled. “But I was young; my brother was seven years older and my dad always took him to places like Pebble Beach, Golden Gate Park, Moffett Field and Stockton.

“I pestered and pestered and pestered, and finally, in November 1957, he took me to the first race at this new racetrack called Laguna Seca. And I got to see Pete Lovely win that race. A year later, I was there to watch Chuck Daigh and Lance Reventlow — the Scarabs; Richie Ginther and Johnny Von Neumann in the Ferrari TR250 “pontoons”; Sammy Weiss, and guys like that.

“Right then my brain went ‘click’ and that really drove home what I wanted to do in life.”

Renard’s dad Ray, or Pop, a meticulous engineer and machinist, brought home a Corvette which father and son “built into a kind of a race car.” Dick started autocrossing it in high school, and got to attend the original Jim Russell school at Willow Springs at age 18. There the die was truly cast: Renard’s enthusiasm took him from Russell School Lotus 31s through Formula Vee and Super Vee all the way to the Can-Am, emerging as one of California’s most highly regarded drivers. He stayed involved via PR, marketing, sales and manufacturing after finally retiring in the early 2000s, and took part in starting Don Wester’s Indy Lights program. Wester, a well-respected former two-term SCRAMP president, opened Renard’s eyes to Laguna Seca’s rather complicated operational structure.

SCRAMP, of course, was the private organization created in the late 1950s to build and manage the operations and finances of the track prior to Monterey County’s “ownership,” overseeing recreational use on the federally owned Fort Ord land.

“Wester was a huge hero of mine long before I was racing,” Renard recalled, “especially as he was the President of SCRAMP in the track’s heydays — the Can-Am days in, you know, ’69, ’70, ’71. That was right at the time when us burgeoning Formula Vee drivers were thinking that what we did in a support race was going to get us a Can-Am ride…” 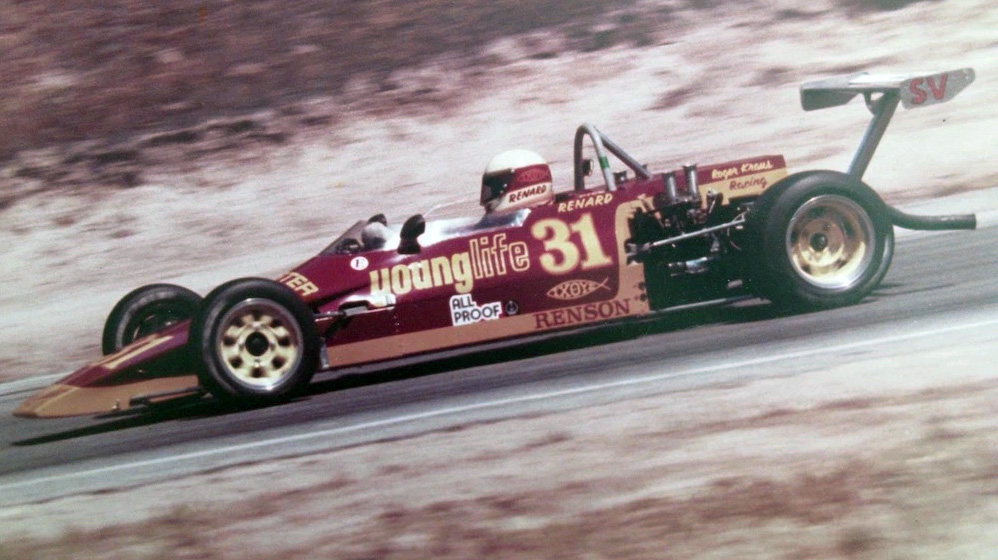 Renard was a Pro Super Vee pioneer with an immaculately prepared Lola T-250.

Since becoming the Foundation’s Executive Director in 2018, Renard has had a chance to read through many of the 60-year-old financial documents.

“Curiously, SCRAMP wasn’t chartered as a 501c3 organization,” Renard explained, “which meant that while one could donate, there was no financial benefit like a tax deduction for the donor. They could have easily re-filed to become a c3, but what they did instead was spin off a sub group, initially called the SCRAMP Improvement Fund. And then it became the Laguna Seca Raceway Fund. And that’s where it stuck ’til I was hired. We changed the name to Foundation, which better defines our task.”

Renard’s enthusiasm for Laguna Seca and friendship with many of the SCRAMP and County movers and shakers as a business owner and avid golfer is what led to his involvement in the Foundation today.

“That’s how I got roped in. I received an e-mail from Dan Baldwin, the Executive Director of the Community Foundation of Monterey County, wondering if I would be interested in a part-time position with the Laguna Seca Raceway Fund (which I had never heard of). He put my name forward and, you know, everybody’s busy and I wasn’t really sure at all what I was even getting into! After a bit of time, I had a wonderful first interview with Carl Anderson, Bill Reichmuth and Ken Schley; then got interviewed and elected by the whole Board; and now I’m here. 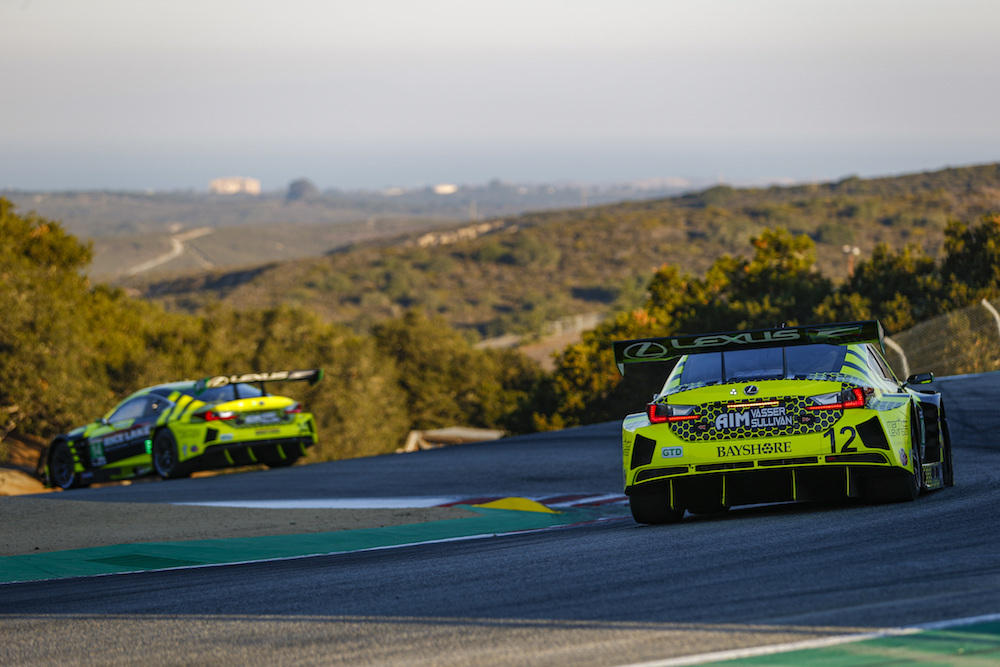 The Corkscrew: Challenging, fun, and highly placed on the list of the world’s most well-known corners. Jake Galstad / Motorsport Images

“I quickly understood you’ve got guys [on the Board] that have just put their lives into this place. That was just as Martin Lauber, Skip Cook and Ross Merrill were coming on, and I thought, ‘Those guys know all the principals in racing here who are likely donors, right? So what’s the big deal? Why can’t we just go out and raise 50 or 100 million dollars?’ Well, since then, of course, I’ve learned …”

What Renard learned is that there is a need for the Foundation to rebuild trust.

“I think the biggest concern when I came on board in 2018 was that the Foundation was not looked at in positive light — or any light, really — by anybody,” Renard explained. “And by anybody, I mean the County or SCRAMP.

“So the big thing for me is reconciliation — I believe the Foundation needs to be in the reconciliation business. Laguna Seca is a small line item in a big county that spends a lot of money. But the County still props it up financially. Wouldn’t you like to take that totally off the public dole? Wouldn’t you like it to not cost the public anything, but actually be a benefit to the public? Wouldn’t that be the better thing?

“Well, it absolutely could be. And that’s what keeps me still putting my hand up and saying, ‘Yeah, I’ll serve.’ I want to see the original character and essence come back into place.” 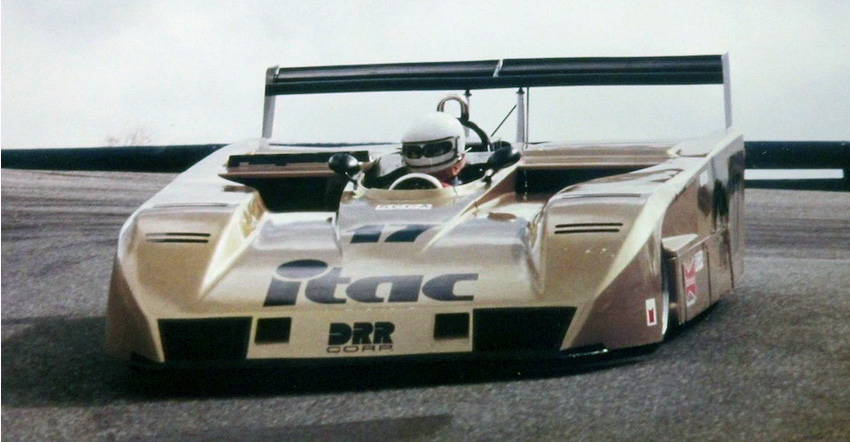 A friendship with the late Al Holbert provided driving and technical assistance at the Can-Am pinnacle of Renard’s own racing career.

“One of the dreams is to not just raise money and finish the track and kind of be done with it, but to be an ongoing beneficial resource to the community. There are so many ways to do that, so many ways to give back to the community that are over and above financial benefits. But … well, I think much of it is dependent upon the need to restore trust — we’ve got to create trust because if we can’t then we’ll end up with nothing.

“So pretty much my thoughts are right there. I’m really excited because of the energy of the Board. I’m really excited about the future, about how our Board is energized for the good of the track, wanting to see the track elevated to its proper place on the world stage as a racing venue. But just as importantly, to be a facility that benefits the people of Monterey County today and beyond.”

Trust. Cooperation. Fundraising. Renard and the 11-member Laguna Seca Raceway Foundation board have a big task ahead.

Happily, “social gadfly” Renard is there to serve the Board’s task with an endless story supply …

For more information on the Laguna Seca Raceway Foundation, check out its Facebook page or log onto lsrfnd.org.

UP NEXT IN PART 4: Perseverance, with Foundation Treasurer Steve Fields