The season of racing is over, a champion has been crowned, and thanks to the confirmed moves of Romain Grosjean and Simon Pagenaud, the signing of Callum Ilott, and the extension for Rinus VeeKay, the other season – the silly season – has more answers in place than it did after the last race of the year at Long Beach.

However, there’s still plenty to be resolved in the NTT IndyCar Series paddock before we go racing again at the end of February in St. Petersburg, so let’s delve into most of the silliness that remains.

The hottest ticket left in town can be found at Dale Coyne Racing. With two prime seats to fill, DCR is sitting pretty and Coyne’s phone has been lit up for a while now from interested drivers and co-entrants.

I’ve read elsewhere and confirmed on my own that Takuma Sato is tipped to replace Grosjean at Dale Coyne Racing with Rick Ware Racing, and based on the latest intel, it sounds like a confirmation could be imminent. If it doesn’t come together at this stage, it will be a surprise.

The real intrigue is found with the other DCR Honda. Coyne has partnered with Jimmy Vasser and James ‘Sulli’ Sullivan on the entry since 2017, but I continue to hear about stiff competition from the HMD Motorsports Indy Lights team to align with DCR. DCR has no plans to field a third full-time car, so the race is on to lay claim to the second. Does the DCRwVS co-entry continue into its sixth season with a new driver, or will it become a DCRwHMD effort for Lights runner-up David Malukas?

Two items that may or may not have meaning: Coyne’s Illinois shop is less than an hour away from the Chicago-area base for the Henry Malukas Drivers trucking company, which sure seems convenient if they were to work together. Also, as Roger Penske takes control of the Indy Lights series and pushes his IndyCar team owners to get involved, an affiliation with the front-running HMD Indy Lights program could give Coyne a steady pipeline of talent and make The Captain rather happy at the same time.

We can expect DCR to have a couple of funded European drivers inquiring about the second car as well, so with a race between Vasser Sullivan and HMD to have the car, and the likely presence of a F2 pilot or two who would want the seat without the entanglement of an existing co-entry, this is where a big decision by Coyne will shape the silly season in a major way.

If he opts for Euro Driver X, what does that mean for Vasser Sullivan to remain in the series, and where does HMD go to find a new co-entry solution? Play the same scenario out for Vasser Sullivan; if HMD is signed, could the duo look towards a Carlin Racing, Juncos Racing, or maybe an A.J. Foyt Racing to move forward with a AJFRwVS-type of deal?

With multiple suitors to choose from, DCR can sit and wait to see who’ll sweeten the offer before making the call.

Carlin is next on my list of intrigue as the team’s IndyCar assets are known to be available at the right price. I’ve heard of at least one team that considered purchasing Carlin’s cars and equipment before going in a different direction, and I’ve also heard the team’s Indy Lights cars have been sold. What does that mean for Carlin’s future in the series? Hard to say, but I’m aware of at least two co-entry discussions that could lead to something positive.

Where would Max Chilton land if Carlin’s out of the series or in a new co-entry arrangement with a new driver attached to the relationship? Once again, it’s hard to say. But I can say that IndyCar is better with a great team like Carlin in the paddock than without the Florida-based operation.

Moving onto Foyt, I’ve yet to hear of any new developments on whether Sebastien Bourdais will be retained, which also means the status of future Hamburger & French Fry IndyCar videos on RACER.com is up in the air…

We know the candidates for Rahal Letterman Lanigan Racing’s third entry, so there’s only mild interest with who will be chosen for the seat. Santino Ferrucci did a solid job in his outings in the No. 45 Honda; Christian Lundgaard dazzled in his lone appearance, and Oliver Askew had flashes of promise to close the season. 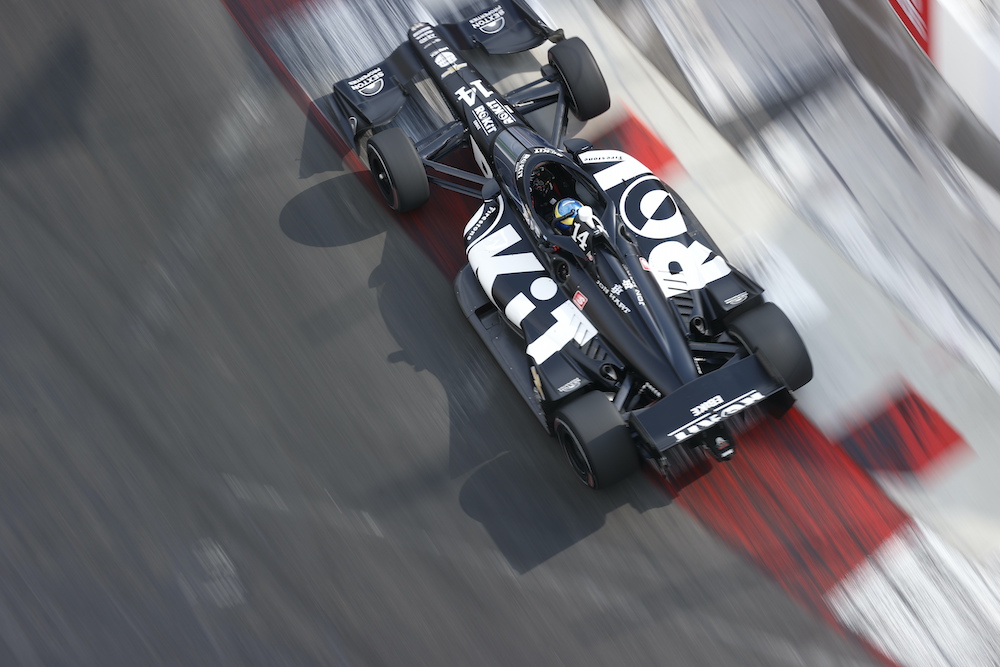 Bourdais’ IndyCar future is at stake – along with that of an entire video franchise. Michael L. Levitt/Motorsport Images

With all that being said, I continue to hear Lundgaard is an inevitability at RLL. The Dane is rumored to have meaningful funding from Alpine to bring to the team, and assuming that’s accurate, we’ll have a heavily revised roster led by Graham Rahal and newcomers in Jack Harvey and Lundgaard.

What’s going on with Ed Carpenter Racing and the road and street course side of the No. 20 Chevy? Conor Daly closed the year on a high within the team and continues to wait and see if he’ll share the car with its owner/driver for a third consecutive season. Despite the question mark lingering above Carlin’s future, the team’s interest in working with Daly in a full-time capacity is well known. Whether it’s ECR or Carlin, a budget is needed to secure a deal.

Two former Andretti Autosport drivers have been busy working on their next chapters in the sport. Hunter-Reay’s name continues to be mentioned everywhere from ECR to Foyt, but there’s no news to report on the RHR front. James Hinchcliffe’s name has also been ringing out in recent weeks, and if my sources are correct, The Mayor of Hinchtown will be a wonderful addition to the IMSA WeatherTech SportsCar Championship next year in one of its GT classes.

Sticking with Andretti, I’ve also heard it will be testing its new Indy Lights champion Kyle Kirkwood and his Andretti IndyCar-bound teammate Devlin DeFrancesco later this month – most likely at Sebring. With DeFrancesco in place, Andretti has four full-timers in position and has made it clear that keeping the champ is a top priority.

While it wouldn’t be a shock to hear the Road To Indy prodigy might do a handful of races in IndyCar for Andretti, could he get the nod for a more expansive role in the big team? If some of the options I’ve heard about come together, Kirkwood might be in the mix for Rookie of the Year honors in 2022.

Here’s a fun one to close: The first outing for Stefan Wilson and Cusick Motorsports went so well in May at the Indy 500 with the No. 25 Andretti Autosport Honda entry, Wilson and Don Cusick have been actively exploring how they might return with either a part- or full-time program for the Briton. Finding the right team with an available entry is said to be the main obstacle to overcome, and if an existing team fails to welcome Wilson and Cusick into the family, could the duo turn Cusick Motorsports into a standalone team in the next year or two? Watch this space.

There’s more going on behind the scenes right now – there’s always more – but some of those topics aren’t at a stage where they deserve public mentions, so we’ll keep monitoring those developments and bring them to you once they’re ready.