Vince Granatelli, who was a leading mechanic for two notable machines in Indianapolis 500 history and later became a race-winning team owner, died Jan. 22. He was 78.

Granatelli (pictured above with Arie Luyendyk and his Vince Granatelli Racing team’s crew at Indy) was a member of the famous racing family that made its name through “The Greatest Spectacle in Racing,” including his father, Andy, the flamboyant owner of the car that Mario Andretti drove to victory in the 1969 Indianapolis 500.

Vince Granatelli first turned wrenches at the Indianapolis Motor Speedway in 1961 as a mechanic on the Novi-powered machines his father brought to the “500” that year. The unique engine growl of the Novi captivated fans for more than two decades.

Granatelli then worked as a mechanic on another one of the most unique cars in Indianapolis 500 history, the turbine-powered machines nicknamed the “Whooshmobile” due to the unique hissing sound of the Pratt & Whitney gas turbine engine.

Parnelli Jones qualified sixth in 1967 in the turbine and dominated the race, leading 171 of the first 196 laps. But a transmission bearing failed on Lap 197, handing the lead and victory to A.J. Foyt.

He also worked on the Eagle-Offy that Graham McRae drove to 16th place and Rookie of the Year honors in the 1973 Indianapolis 500.

Granatelli also worked as a mechanic at various times in STP-sponsored efforts in Formula 1 during the early 1970s. He left racing along with his family after the 1974 season.

During his time away from racing, Granatelli focused on various business ventures. He owned Pit Stop Service in Southern California, a high-performance garage where he also built high-speed cars. He built a Chevrolet Camaro stock-body passenger car that his father drove a record 242 mph on the Bonneville Salt Flats. 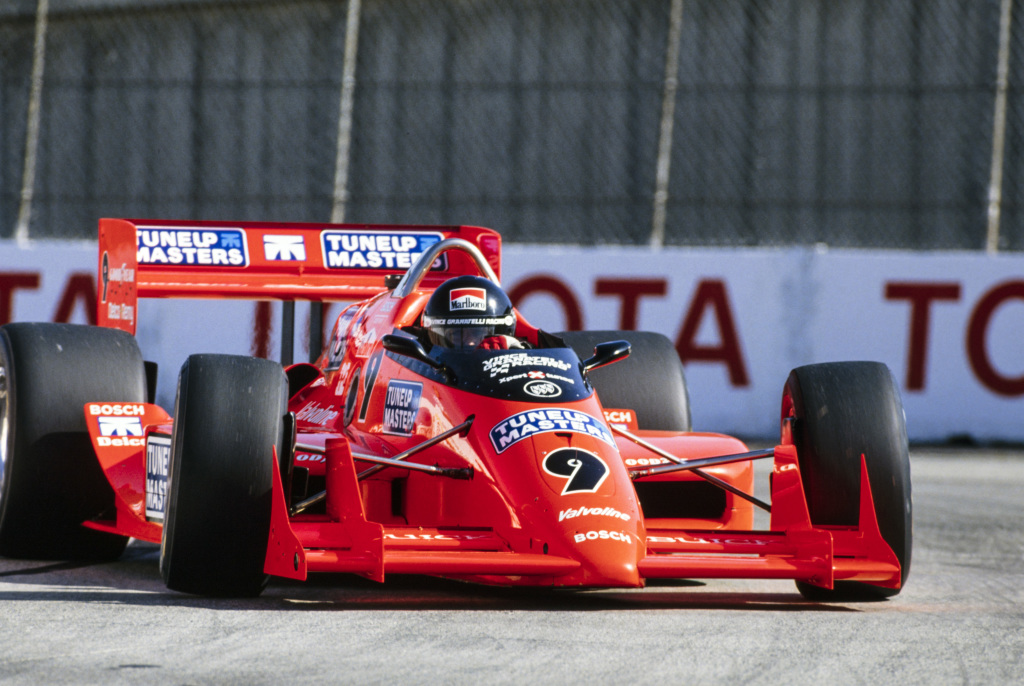 Granatelli returned to racing in 1987 as the owner of Vince Granatelli Racing, which fielded cars in CART painted in a similar day-glo red as his father’s turbine-powered cars at Indianapolis.

Roberto Guerrero won two races driving for the team in its first season of 1987, at Phoenix International Raceway and Mid-Ohio Sports Car Course. Guerrero led the Indianapolis 500 that year with 19 laps to go, but two stalls on a pit stop due to a damaged clutch dropped him out of the top spot. He ended up second behind Al Unser.

Arie Luyendyk earned the team its third and fourth victories in 1991, at Phoenix and Nazareth Speedway.