With only four rounds remaining in the 2022 title chase, this slugfest in the country music capital of the world will be crucial to the championship ambitions of many drivers. Expect another incident-packed counter over 80 laps and 168 miles of the challenging 2.17-mile street course that flashes by Nissan Stadium, home of the NFL Tennessee Titans, before screaming over the bridge into downtown Nashville.

Taking you inside the action, 11 drivers will be carrying in-car cameras on race day, and you can live-stream every one of them with the INDYCAR Mobile App Powered by NTT DATA. It’s free to download for fans worldwide, so if you’re not already signed up and onboard, take your viewing experience to a whole new level here.

You choose who you ride along with, and you can switch drivers at any time. Can Colton Herta stay out of trouble to finish the job he started last year and take a Nashville win? Could it be Alex Palou or Will Power calling the tune in the Music City? Or how about Alexander Rossi, victory drought freshly broken, making it two in a row? Hop on, hang on and get ready to find out.

These are the 11 drivers who’ll be running live-streaming in-car cameras on the streets of Nashville. Choose your best seat in the house and enjoy the show…

Finally, we can talk about Rossi without mentioning the three-year win drought – whoops, guess we mentioned it… Anyway, his IMS road course win was a study in composure, and a massive relief for the man himself. With the weight off his shoulders, look out for another big weekend from the resurgent Andretti Autosport driver. As a two-time Long Beach victor, he knows what it takes to win street races and should be great value to ride along with.

Last year, Herta did everything but win. He was fastest in both practice sessions, grabbed the pole and led the most race laps, but lost out on pit strategy and then crashed with five laps left to go while holding a close second to eventual winner Marcus Ericsson. Second time around, expect him to be a major factor again. Can he seal the deal? Grab a ride and find out. 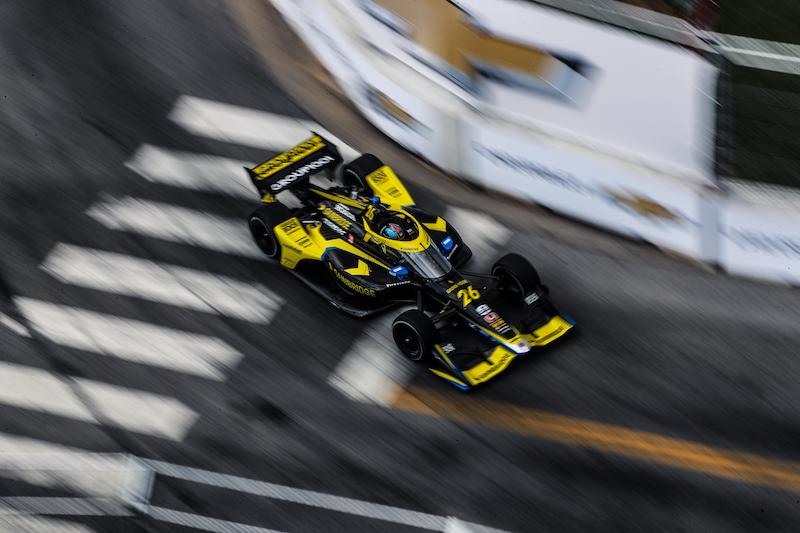 After hitting then-Penske teammate Simon Pagenaud and triggering an 11-car pile-up in last year’s Music City GP, and later tangling with another Penske stablemate, Scott McLaughlin, current NTT IndyCar Series points leader Power will be hoping for a less dramatic, more productive weekend in Nashville this time around. He’s pretty much living on the podium at the moment, so good race or bad race, he should be an exciting choice to hitch a ride with.

It was a messy, penalty-strewn affair for Pato O’Ward on the streets of Nashville last year. Second attempt, expect a more coherent performance from the spectacular Mexican. He’s already won on a permanent road course and an oval this season, so the streets of Nashville would complete the set and put real impetus back into a title challenge that floundered a little with 12th at IMS last weekend. Good for a ride along? Hey, when isn’t he?

Reigning NTT IndyCar Series champ Palou is sixth in the 2022 standings, 52 points off the lead, and yet to win a race. With only four rounds left, it’s crunch time and he needs a huge weekend to stay in the title conversation. His 2021 Music City GP began strongly enough with third in qualifying, but a yo-yo race saw him finishing seventh. Can he put it all together this time around? It will be fascinating to climb aboard the No. 10 CGR machine and find out.

Nashville’s inaugural race came slap bang in the middle of rookie McLaughlin’s frustrating summer run, with a forgettable 23rd in qualifying translating into an equally forgettable, Will Power-effected 22nd in the race. So far, season two couldn’t be any more different: two wins to his name already (the first on the streets of St. Petersburg), seventh in overall points, and heading to Nashville looking like a genuine force every weekend, the Kiwi’s going to be a victory contender. Definitely worth grabbing a seat aboard the No. 3 Team Penske entry.

Last year’s dig-deep eighth-place finish was Rosenqvist’s get-back-on-the-horse moment after a scary crash on the streets of Belle Isle. Second visit to Music City, it’s a chance for him to cement his eighth in 2022 points and add to a run of form that’s seen him grab top-10 finishes in seven of the last nine races. Pole on the IMS road course last weekend was followed by a disappointing ninth in the race, but another strong qualifying session in Nashville and decent race pace could see him figuring in the podium battle.

As chaos reigned all around him in last year’s Music City GP, Graham Rahal did that trademark Graham Rahal race day thing – as in, keeping his cool (a tangle with local hero Josef Newgarden aside), making sound decisions along with the No. 15 brain trust, and turning a 13th-place start into a fifth-place finish. With RLL gaining momentum after an out-of-sorts start to the year, don’t be surprised to see him in podium contention this time around. Could be a fun choice to hop onboard with. 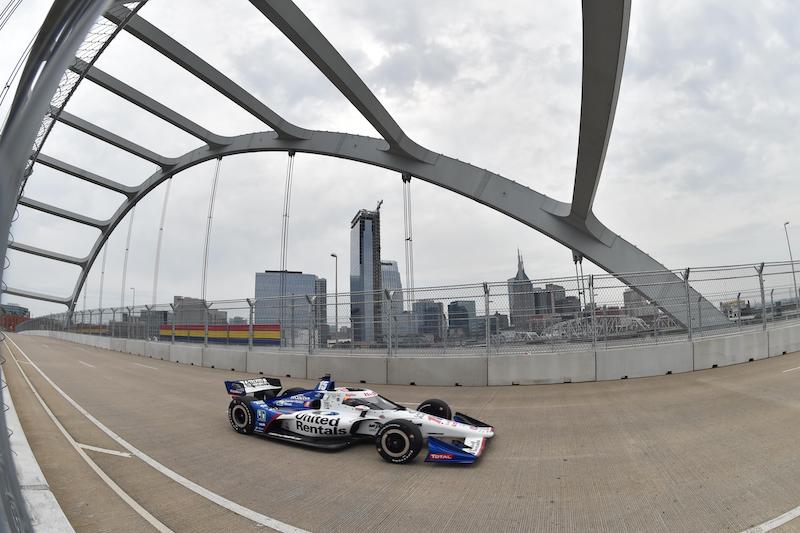 The Frenchman left IMS confused by the performance rut the No. 28 Andretti Autosport entry found itself in last weekend. Currently 14th in the standings, Grosjean needs a couple of big weekends to get within sniffing distance of the top 10 in points. Fingers crossed momentum will pick up in Nashville, a place where he qualified sixth in his rookie campaign and featured in the lead group during the race, even briefly leading before pitting during one of the numerous cautions and losing the bead.

As excruciating as it is for us to tick off another weekend without a top-10 finish for Jack Harvey, think what it’s got to be like for the man himself. The Brit finished 20th on the IMS road course – his fifth straight result of 18th or worse – while RLL teammates Christian Lundgaard and Graham Rahal rode RLL’s rising tide to second and seventh, respectively. Looking at the positives, RLL’s increasing overall momentum aside, Harvey just missed out on a Fast 12 qualifying spot at IMS. Oh, and he qualified a stout seventh in Nashville last year. That top-10 finish will come soon. Maybe hitch a ride and will him on in the Music City?

After Johnson’s superb fifth-place finish in race 2 on the Iowa oval, the IMS road course provided another reminder of the steep learning curve he’s climbing on the NTT IndyCar Series’ road and street courses, the seven-time NASCAR champ starting 23rd and finishing a lapped 22nd. But this is a journey he’s relishing, and the unforgiving Nashville track (albeit loosened up just a little for year two) is a challenge he’s raring to take on. A top-15 finish would be immense, and a ride worth jumping aboard and sharing.

The 2022 Big Machine Music City Grand Prix goes green at 3:15pm ET on Sunday, Aug. 7. All 11 in-car race cameras will be available for live-streaming on the INDYCAR Mobile App. And for the double-screen experience, watch live race coverage on NBC and Peacock, starting 3:00pm ET.

Make sure you sign up for the INDYCAR Mobile App Powered by NTT DATA, the official mobile app of the NTT IndyCar Series. In addition to live in-car race cameras, it features live timing and scoring, live driver and pit crew radio transmissions, live points updates, and INDYCAR Radio Network audio streaming during all track activity.