Harrison (pictured above), recent participant in the Honda GT3 Academy that has also produced standouts Dakota Dickerson and Taylor Hagler, teamed with regular Matt McMurry in the Compass Racing Acura NSX Evo for the first three hours of the Indy 8 Hour. When the cars crossed the finish line after the three-hour mark, the GT World Challenge America race was over, and the Compass Racing pro/am duo were in the lead.

Harrison and McMurry were helped by several factors affecting the Pro cars: Turner Motorsports withdrew due to an illness for driver Michael Dinan; K-PAX’s dominating duo of Andrea Caldarelli and Jordan Pepper had already clinched the championship, and so opted for a strategy that would position them better for the 8 Hour; and Winward Racing’s Mercedes AMG was involved in an accident early on.

A penalty promoted the Compass Racing Acura to the Silver class overall victory, after it had already won the GT World Challenge America portion of the race.

After the podium ceremonies were done, Compass Racing got news of another victory. After Harrison, McMurry and Mario Farnbacher celebrated an apparent second-place finish in the Silver Cup class, the No. 26 Sainteloc Racing Audi of Aurelien Panis, Lucas Legeret and Nicolas Baert was penalized 53 seconds — the equivalent of a drive-through — for entering a closed pit during the race. That promoted the Compass squad to first in Silver Cup. The other Acura in the race, entered by Racer’s Edge for Hagler, Dickerson and Jacob Abel, finished third in Silver Cup. 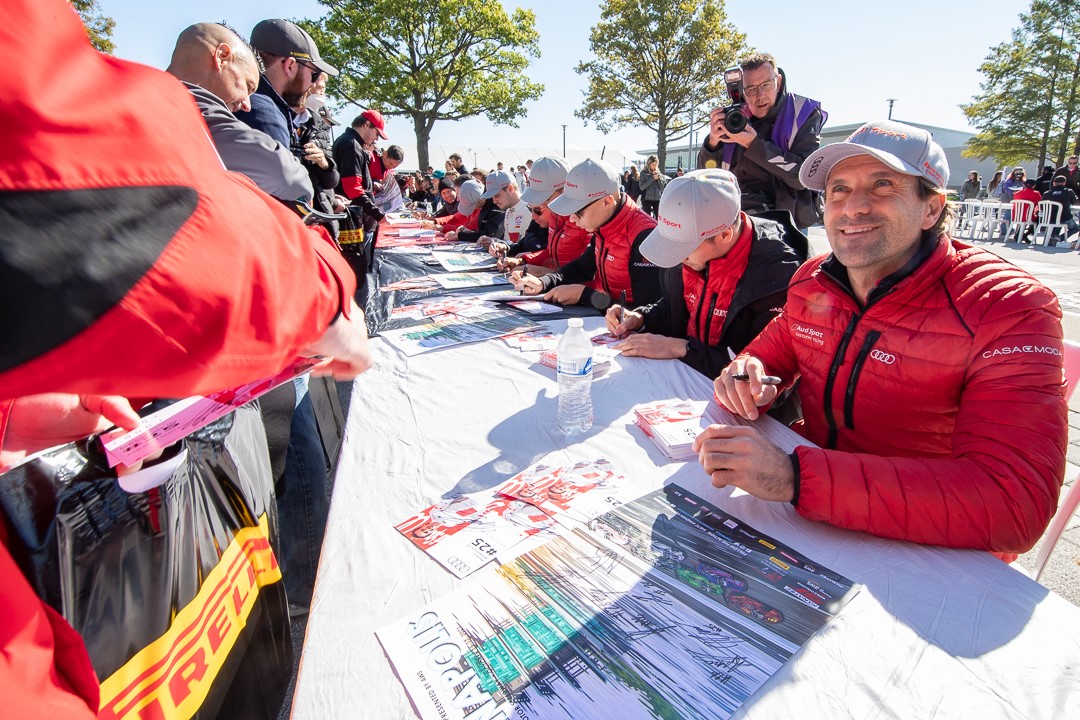 Winkelhock, expecting the birth of a child, finished his stints early and left for the airport. He arrived home just in time for the birth of his daughter Elisa. He did get to celebrate, however, as co-drivers Patric Niederhauser and Christopher Haase, along with Audi Sport boss Christopher Reinke, included him in the podium celebrations over FaceTime.

Seven cars finished on the lead lap, with the Compass Racing Acura the last to complete 265 laps of the IMS road course. GT World Challenge America regulars made up four of the top-10 teams, including the third-overall K-PAX Racing No. 3 Lamborghini of Caldarelli, Pepper and Mirko Bortolotti. The others were the Compass Racing and Racer’s Edge Acuras and the No. 6 K-PAX Lamborghini of Corey Lewis, Giovanni Venturini and Marco Mapelli.

One of the bigger surprises was the second-place Pro-Am finish for GMG Racing’s Porsche 911 GT3R. While GMG principal James Sofronas and Porsche driver Dennis Olsen have plenty of endurance racing experience, the third member of the team, Kyle Washington, is a relative newcomer. The trio finished only 2.1sec behind Kenny Habul’s SunEnergy1 Racing Mercedes AMG. 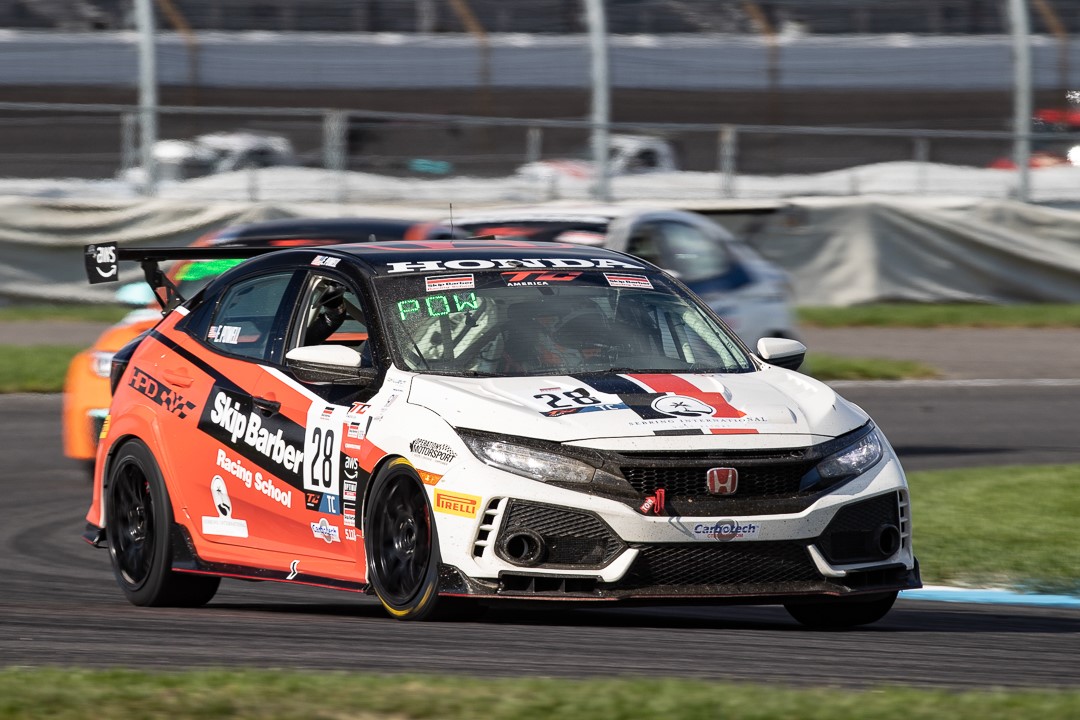 While most of the SRO Motorsports America series titles were settled at Sebring International Raceway two weeks prior, two of the TC America classes had not been clinched. Eric Powell sealed his first pro championship with the Touring Car title in his Skip Barber Racing Honda Civic Type R. Skip Barber took the team title, and Honda, with the help of Powell’s closest title rival Kevin Boehm, is the manufacturers’ champion.