Romain Grosjean’s double debut on Wednesday gave the road racing specialist a chance to work with his new Andretti Autosport team at the place where Mario and Michael Andretti shot to stardom.

Dressed in a racing suit that matched the yellow on his No. 28 Honda, Grosjean got to know the crew in charge of the car while his team owner and others got him up to speed on the Indianapolis Motor Speedway oval. Grosjean, like Chip Ganassi Racing’s Jimmie Johnson, was unable to finish the last speed phase of his Rookie Orientation Program, but the rain-affected day won’t keep him from taking part in April’s Indy open test.

“It was a very smooth day, apart from the weather that was playing with us,” Grosjean said. “I got some good tip(s) from the guys, from the engineers also; James Hinchcliffe came in the morning, which I appreciated a lot. Michael was there, as well. When you’ve got those guys, they know what they’re talking about, so that was great to be with them and to know what to do. Then just going out there. I think really the most stressful part was to know what my first lap speed was going to be. I had no idea what to expect to get to 205. Then it went pretty smoothly; enjoyed it. When you have to go above 215, that’s where the fun starts.”

“He had obviously a lot to learn as well today,” Grosjean added. “It was a big day for him, too. I think it’s a very good timing for both of us to start working with Andretti because then Olivier will have all the winter to understand the system they have in place and all that, to work with everyone. For me, just meeting everyone and getting a feel how they work was great, as well. Again, this year I’ve had an incredible human experience with Dale Coyne, with everybody there, starting with Dale but also with the mechanics.

“When I left I didn’t know what to expect on the next chapter. Then I got the message from Michael saying, ‘Welcome in the family,’ which meant a lot to me. Today I got to meet everyone. I felt like, yeah, OK, those guys, it’s great to be here. I think they’re excited. I’m excited. Let’s just go and have fun.” 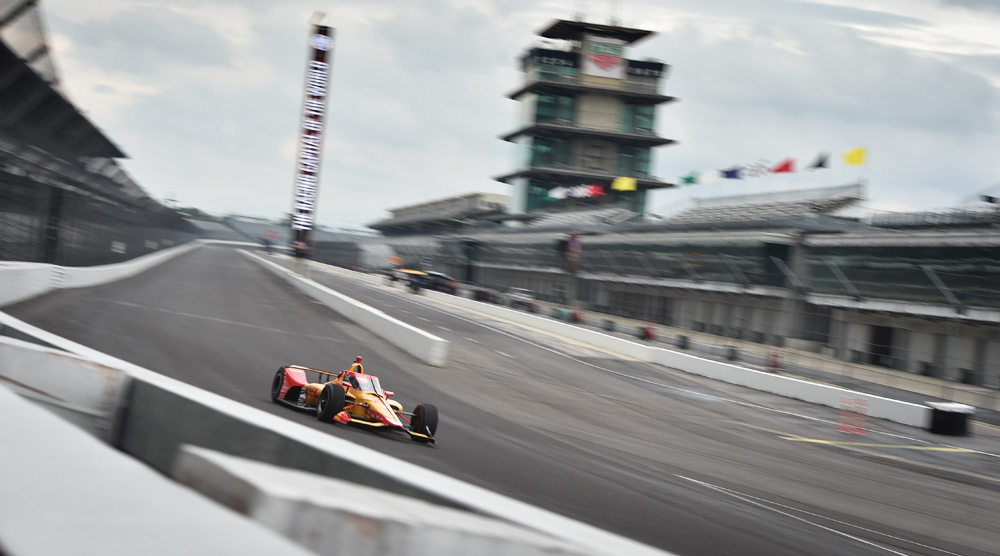 “I had no idea what to expect to get to 205. Then it went pretty smoothly.” Chris Owens/IMS

The 35-year-old also took stock of how his life has changed for the better since surviving a fiery crash in Formula 1 and moving from one of IndyCar’s smallest teams to one of its most heralded outfits.

“I mean, I think if I look at the past year, it’s an incredible journey from fire to racing for one of the biggest names in motorsports,” he said. “I’m grateful for the opportunity I have. Every day I remind myself how lucky I am to be alive, how lucky that I came in IndyCar and realized that it’s a place where I can be super happy. So obviously being in a team like Andretti, it’s just a great thing to live.

“I realize every day that I live something quite special. When it’s a bad day or when you know things are not right, I’m like, hey, you can be grateful of what you’re having at the minute and I need to enjoy that.”