The Lucas Oil American Sprint Car Series travels a wide swath of the country, from Washington, to Texas, to Tennessee, and throughout the Midwest. With 50-plus races, it isn’t a schedule that a hobbyist can accommodate. Fortunately, there are six regional series, plus four non-wing sprint car regional series, designed for more local racers.

“What we try to do here is build a home-grown local group; guys who will live here, guys who can race here, and who can travel – to an extent,” explained Roger Toops, director of the ASCS Southwest Region just before his series ran a race at Arizona Speedway, near Phoenix, on a Saturday night in early September. “We don’t have the ability, or the resources, to be on the road a month or two at a time. We’re generally working people, myself included. We have 9-to-5 jobs and we do this racing on the weekends.”

The rules for the 360 winged sprint cars are the same across the national series and the regions, so a local racer can run a national event, or vice-versa. That does mean that budgets aren’t much different, travel aside – the costs for parts, fuel, tires and crew are pretty much the same to run any given race, so there is a bit of a paradox and challenge. But a regional racer is looking at a schedule of around a dozen races, all within roughly a day’s tow or less. On this particular night, most of the competitors came from the Valley of the Sun; the competitor who came the farthest traveled from Alamogordo, N.M., a trip that took Wes Wofford about eight hours. 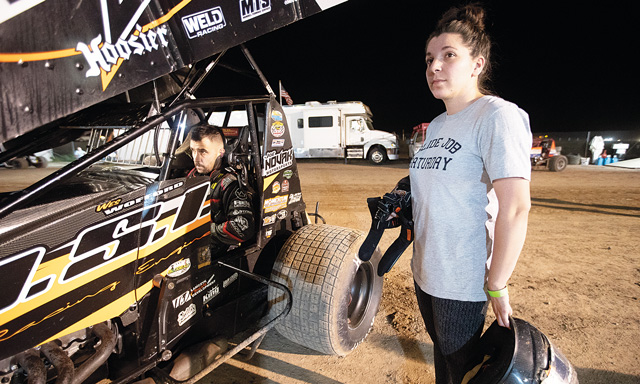 (TOP) Some last-minute work before letting loose at Arizona Speedway. (ABOVE) Wes Wofford traveled from New Mexico for some ASCS Southwest action.

“I really like racing 360 stuff, and I want to do my best so the car counts are strong, the fans will have a good show, and it will continue to grow,” says Wofford of the appeal of traveling a day to race. “The 360s are a lot faster; things are happening a lot quicker. The heat race, I feel like I was behind the car a little bit and the car was driving me. It puts a smile on your face when you’re going that fast.”

On any given night, up to a dozen drivers are in contention for a win. The racing’s close and, as Wofford says, it’s fast and frenetic. Eric Wilkins, who recently came back into the sport after a hiatus, notes that the 360s are as quick as the 410s were in his previous stint.

“They’re really quick reacting, so you’ve got to be on your toes,” he says. “You’ve got to be out in the air – you can’t be behind somebody in the corners or it takes the air off your wing.”

The enthusiasm of the drivers makes it clear that whether they’re local or from a couple of states away, they’re doing it for the love of the sport; they’re certainly not making any money at it. And the regional series are a perfect fit. 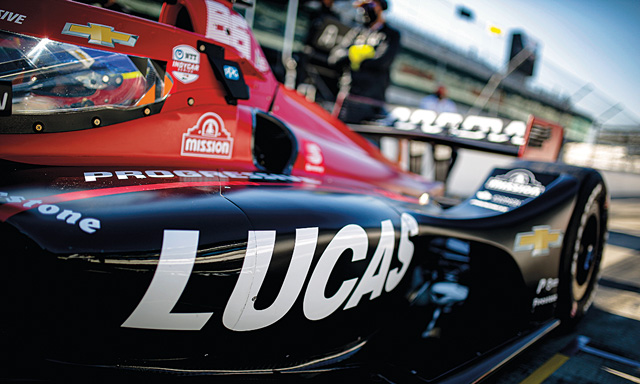 Aside from the American Sprint Car Series’ wing and non-wing national and regional series, Lucas Oil supports open-wheel racing at many other levels.

The highest-profile sponsorships are Lucas Oil’s involvement with the Arrow McLaren SP team in the NTT IndyCar Series, and the famed Chili Bowl Nationals. 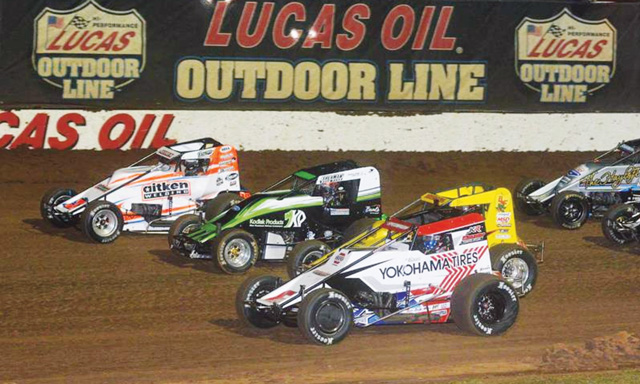 But Chili Bowl isn’t the only midget show that Lucas supports. The company also has title sponsorship for the POWRi (Performance Open Wheel Racing Incorporated) portfolio, which ranges from a national series for midgets, to sprint cars, to local series for kids in quarter midgets.

For more on Lucas Oil in motorsports and its race-proven lubricants, go to lucasoil.com/racing.