Cadillac has revealed three common-themed but color-varied liveries for the V-LMDh race cars that will make their public debut next weekend at the Roar Before the 24 ahead of the competition debut in the IMSA WeatherTech SportsCar Championship GTP class at the Rolex 24 At Daytona. The red, blue and gold primary colors that fade to black at the rear come from the Cadillac V-Series emblem.

“Cadillac is ready to compete against the very best in North America and internationally — including one of the world’s toughest races, the 24 Hours of Le Mans,” said Global Vice President of Cadillac Rory Harvey. “As Cadillac builds toward an all-electric future, the all-new V-LMDh furthers our dedication to exploring new advanced performance technologies.”

The No. 01 Cadillac Racing (Chip Ganassi Racing) entry of Renger van der Zande, Sebastien Bourdais and Scott Dixon will feature gold at the front. The sister car, a Daytona-only entry for Earl Bamber, Alex Lynn and Richard Westbrook, will be blue and carry the No. 02 for Daytona. Beginning in March, that car will compete in the FIA World Endurance Championship, including the 24 Hours of Le Mans, and carry No. 2 in homage to Briggs Cunningham’s “Le Monstre” Cadillac that competed at Le Mans in 1950.

The No. 31 Action Express Racing V-LMDh will carry its historic red with Whelen Engineering sponsorship. Pipo Derani and Alexander Sims are slated to be the full-season entry for the WeatherTech Championship season, with Jack Aitken on board for Daytona. 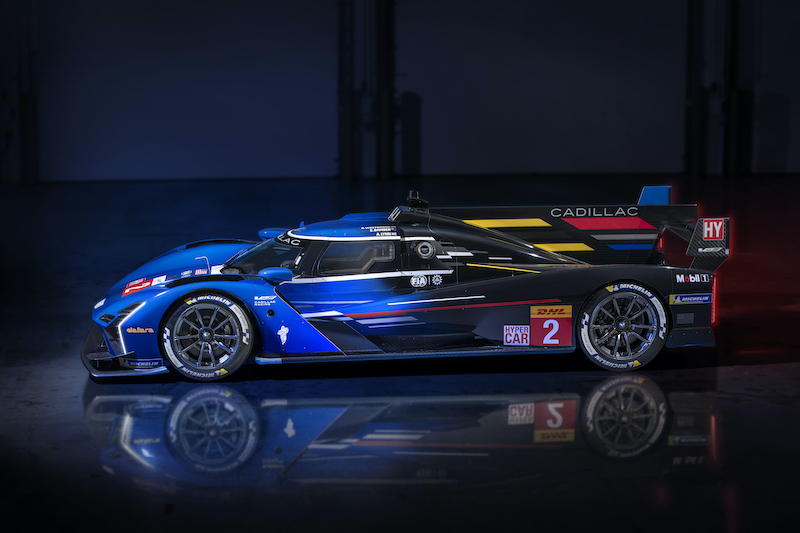 Co-developed by Cadillac Racing, Cadillac Design and Dallara and powered by the LMC55R 5.5-liter DOHC V8 paired with a spec hybrid system, the V-LMDh incorporates distinctive Cadillac design elements such as vertical lighting and floating blades.

“From an aesthetic point of view, the LMDh regulations allowed us to create a vision for the car that is clearly Cadillac,” said Chris Mikalauskas, lead exterior creative designer, Cadillac. “And that’s really exciting for fans and for people who are true enthusiasts, every car is unique.” 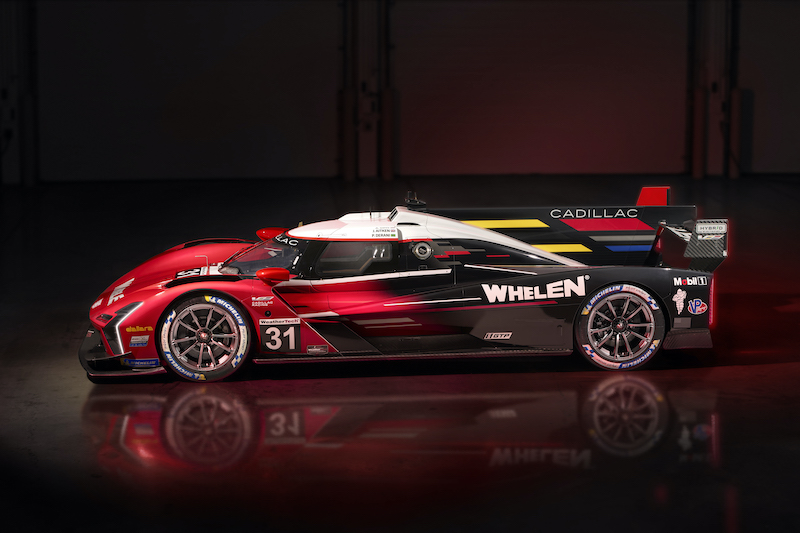 The V-LMDh replaces the DPi-V.R racer, which last season scored four victories in the final season of the DPi category. In 2021, Action Express Racing took the championship for Cadillac with Derani and Felipe Nasr, the marque’s third title. Cadillac won the 24 at Daytona four consecutive years from 2017 to 2020.