At its heart, the Ferrari 499P destined for the World Endurance Championship and the 24 Hours of Le Mans is shaped by the narrow regulations that define the Hypercar category. But the engineers, under the supervision of Ferdinando Cannizzo, head of the department in charge of engineering and development of Sports and GT racing cars, looked for any area to express their expertise, embrace Ferrari’s current design philosophy and use all the technologies available to them.

At the heart is a 120-degree twin-turbocharged V6 with the turbos nesting inside the V. Based on the engine from the 296 GTB and GTS road cars, the architecture is similar, but the construction is different as required by the additional role the engine plays, as it does in most prototype race cars. In the road cars, the engine is mounted to a subframe; but in the 499P, it is load bearing and part of the structure of the car.

The choice of the turbo V6 seems natural, being the powerplant of Ferrari’s newest sports car, but also one that features hybrid power as well. However, Cannizzo notes that all the options available to Ferrari were considered.

“In the very initial phase we considered at V12, V8, V6 … everything, to be honest, because I do believe that before making a decision you need to understand what we are losing or what they are missing if you should select the one direction,” he explains. “Selecting the V6 was not a compromise. But definitely it was the right path to follow considering the way our range of road cars is moving, so I think it was natural to go there.

“Also, the fact that the V6 is small, light, very compact, this gives you an advantage of for packaging, and in weight of the car; so central gravity, weight distribution, so on.

The V6 is rated to 500kW as laid out by the LMH regulations, and puts power to the rear wheels through a seven-speed Xtrac gearbox. It’s coupled with the ERS — Energy Recovery System — that has a maximum power output of 200 kW (272 cv). The electric motor driving the front wheels is equipped with a differential and is driven by a battery that is recharged during deceleration and braking, thus the car uses a brake-by-wire system. The battery pack, with a nominal voltage of 900v, benefits from experience gained in Formula 1, although it was purpose-built for the project.

“The F1 department gave us a lot of good input. And the way we designed the high-voltage battery is based on their knowledge. They were an integral part of this development, so it’s a collaboration 100 percent with them,” says Cannizzo.

Per the regulations, combined power output of the internal combustion engine and electric motors is limited to 500kW. Further, no electric power is able to be deployed until speeds are over 120kph (75mph), limiting the advantage of the all-wheel drive.

The 499P uses a carbon fiber monocoque with a double-wishbone pushrod suspension, with electronics systems developed from and further innovating upon the experience honed in the world of GT racing.

The exterior design of the 499P was refined with the support of the Ferrari Styling Center under the direction of Flavio Manzoni, in a process that involved the engineers coming up with a shape defined by the aerodynamic qualities they desired, the design center then tweaking it with Ferrari design language before it went back to the engineers for further refinement. The body is perhaps most striking and unique at the rear with its double horizontal wing. 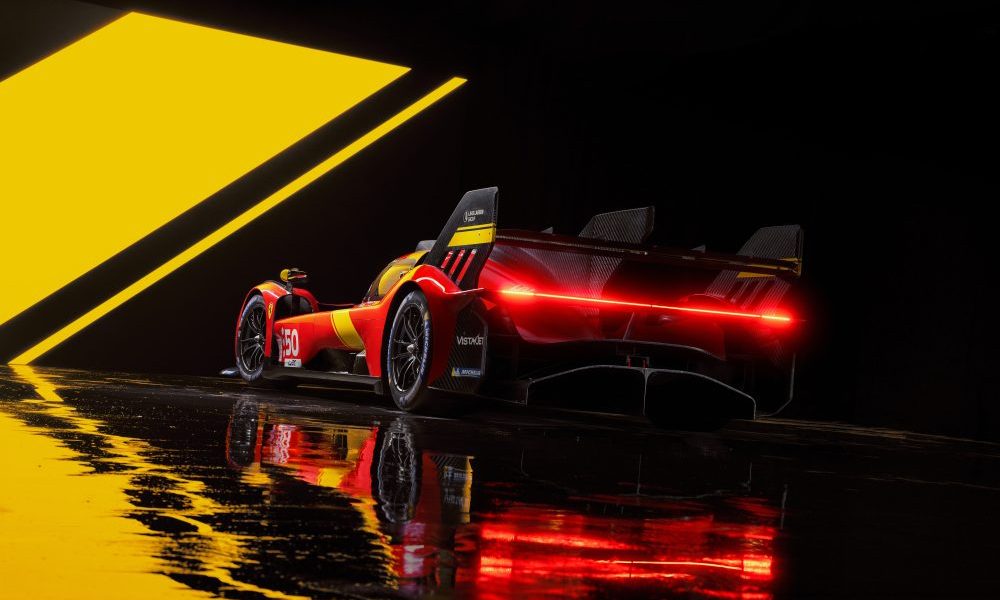 “At the rear of the car, we explored a different solution,” notes Cannizzo. “You know that the the aero and the aero constraints coming from the FIA and the specifically for the safety, or the aero stability, are quite demanding. So we tested several options. And at the end, considering all the trade-off between aero sensitivity at the rear of the car, we selected this configuration, which was quite interesting for our Centro Stilo, because unusually you have two wings, we can play a little bit on that.”

The sides of the car are relatively flat, tapering in at the bottom where the floor then extends to the wheel edges. There is a break behind the front wheels, as well as openings at the top of the wheel arches to reduce pressure. Air flows through the side pods over the recesses between the main ridges surrounding the cockpit, passing through the radiators in the process.

The center of the car has a ridge on the nose, followed by one on the roof that leads into the shark fin for the rear wing, further supported by large endplates that mirror the shape of the fin.

“First we shaped the car from the technical point of view until a certain stage. We had a fantastic collaboration with Flavio Manzoni; we worked very well together,” says Cannizzo.” We were understanding each other; there are different needs. This gave us the possibility to adjust our design. And then we readjust their suggestions, in a kind of loop, then at the end to converge in something that’s fantastic. When I see it, it’s a Ferrari. There are some clearly some constraints coming from the technical regulation that we cannot change. But front, the rear … I think some parts of the rear are fantastic.”

The result is a striking car that, while it bears some similarities to other Hypercars that feature a rear wing, is quite different. And while everyone involved realizes that winning won’t be easy, they’re enthusiastic about the race car they’ve produced. 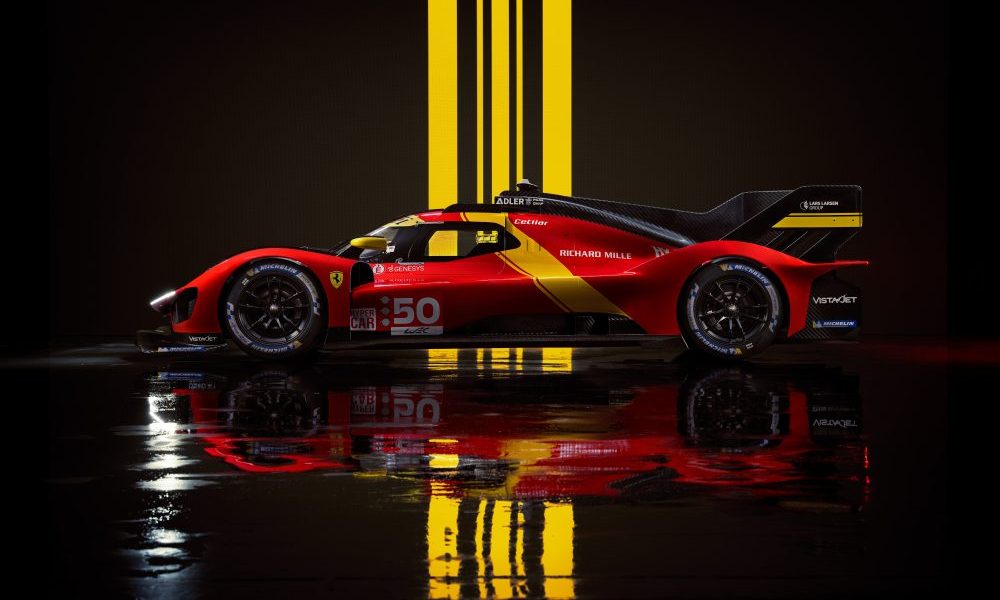 “For the whole team and myself, this is a really thrilling moment,” Cannizzo declares. “We know that we have a huge responsibility. We have designed and engineered a car that is brand-new and particularly complex in every aspect. This unprecedented challenge motivated everyone into all-encompassing, all-sharing collaboration involving every department of our company and our technical partners.

“Starting from a blank sheet of paper was a source of unique and continuous motivation in order to find effective solutions to guarantee the 499P’s performance and reliability. From the very first shakedown to the first race, we have planned a very intense development program, both on the test bench and on the track, which has given us some interesting feedback.

“The work of synthesis that awaits us over the coming weeks, and which will see us involved in further track testing, is the most important for fine-tuning and the final integration of all the systems. We still have a lot of kilometers to go, but the team is aware of the importance of the project and will continue to show commitment, passion, maturity and great professionalism.”

Much of the early work takes place in simulations, so that the car when built is a pretty good performer. But Alessandro Pier Guidi, who has done much of the test driving of the car, says the 499P has taken several steps from when it was first rolled out.

“Every test we improve the car, and the step forward has been quite big,” he says. “I was always surprised to the step the we were able to do it. Every time we say something to the engineer, we immediately fix it. So has been has been a great opportunity for me to understand and to be involved in this program. And since the first day in Fiorano until now, we did a big, big improvement.”