Following last week’s success with Errick McCollum and Kevin Punter, we hope that the third time will also be the charm with Olympiacos’ Shaquielle McKissic.

Olympiacos faces ALBA in Berlin for Round 30 of the Turkish Airlines EuroLeague and the American guard-forward is surely in good form and worth investing into. In the last 7 games, he counts double digits in PIR (with 24 being the highest) and he will for sure receive significant play time from coach Bartzokas.

McKissic is worth 1.48 credits, making him a solid choice even for teams on a “tight” budget, but still not too “expensive” for the results he is producing.

Check out Eurohoops’ team suggestions for the upcoming round: 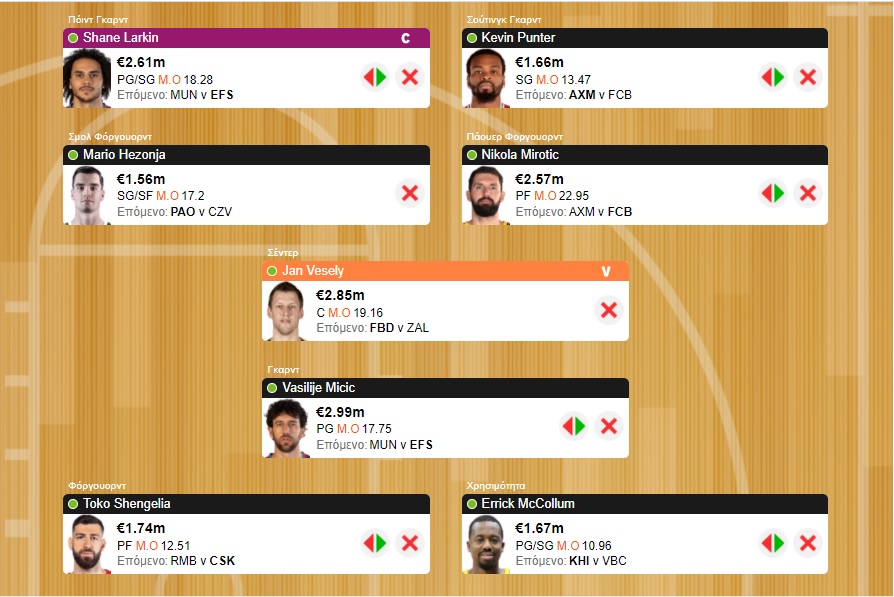