Home / Basketball / Chima Moneke: “I’m a nobody, and nobody’s perfect”

On the “Player Story” column of the Basketball Champions League, Chima Moneke shares his story.

From turning pro in the second division of France to finally making the top-flight division of the country and from there moving to Baxi Manresa. A crazy run in itself but add becoming the 2021-22 season MVP in the BCL and signing his first NBA contract. Moneke will now be playing for the Sacramento Kings.

Picture this. Denain. LNB Pro B, French second division. I was up against this guy who had a nice resume, he was probably in his ninth or tenth year as a pro. And you know how it goes, trash talking, part of the game.

Zero response. Silence. He had nothing to say to that.

I played it cool, but in my head, I was like “Oooh! That’s FIRE! I’m gonna use that for Instagram caption one day.” I sat on it, let it marinate, and eventually I realized this was bigger than just some IG caption. One day, when it all comes together and I have my own brand, that could be my motto, my catchphrase.

I’m a nobody, and nobody’s perfect.

A nobody, because basketball wasn’t really on the menu when I was a kid. I’m from Nigeria, soccer, or football, that’s what we were grew up on, what we loved. I wanted to be the next Jay-Jay Okocha. You never heard of him!? Come on, man. Mr So Good They Named Him Twice – Google him, thank me later. I wanted to be Jay-Jay.

I loved Ronaldo, the Brazilian one. Then the Portuguese Ronaldo came along and he became my favorite player. I was all-in on football. Growing up, it was all about watching football and wrestling. Then at 13, I moved back to Australia and started playing basketball.

Before that, I only watched it, because of LeBron. I never picked up a basketball for real until I was 13. Two years later, I got cut, the last cut to be made to go to the national tournament of my state team. The coach said some things that just disappointed me. And from then, I changed my whole perspective to:

“I’m gonna play basketball professionally. Nobody can stop me. This is what I’m gonna do, no matter what.”

You think that was the only down of my career? LOL

A nobody, remember? All the downs of my career, man, there’s a lot of them. Starting at 13? That’s a down already, because most of the kids I played against grew up with the ball in their hand.

Emailing hundreds of schools with my self-made highlights and not getting any responses? That’s a down. Okay, I did get two responses, but they were like “keep going, good luck.” Nothing.

Doing two years there, then going to a mid-major and redshirting the first year because I needed to develop more and get better? Also a down.

Getting my first Pro B contract, I felt like that was a down, too. I put up 18.4 and 9.6 my senior year of college, but I had to go to Pro B, for several reasons.

And then, the biggest down of my career. I got cut three games in.

I had to practice with these guys for six weeks, and three games into the French Second Division season, the coach told me that he didn’t need me. Didn’t want me. Said I couldn’t help the team.

(When I left, I found out what he was saying about me to the media and I also found out he never actually watched my tape. He just watched me play 1v0. That’s how he recruited me…)

I broke my wrist three times. Down. Dislocated shoulder, November 2020. Big down.

But get this… Throughout all these downs, I never stopped believing in myself. Ask the people I’m close to, there are so many messages I sent, letting them know it’s gonna happen. “I’ll play in the NBA before I’m 27. Screenshot this.”

Ask Jono Metzger-Jones, my assistant coach from UC Davis. I talked to him a lot, he’s like my second father, and I told him it’s gonna happen. I proved myself right, again. That’s what I do.

Still, the whole thing came out of nowhere. Just a year ago, after my season in Orleans in France, I wasn’t on anyone’s radar in the NBA. Clearly, it took a perfect season with BAXI Manresa to get me to the NBA. Winning the BCL MVP of the Season, being top three in the MVP vote in the Liga Endesa in Spain, all of that because we had a good team in Manresa. We had the energy, we were fun to watch, and most importantly, we were winning.

If I had my stats and we were losing, I probably wouldn’t be writing this from the United States right now. I’m grateful for all of my teammates and everybody who played a part in putting that team together. I said it before, Manresa Basketball, the most fun team to watch in all of Europe. It looks like a lot of NBA teams were watching, huh…

But I didn’t know it until the Copa del Rey in February. My agent came to visit, he said teams are talking, the NBA interest is very, very strong. “Just finish strong,” he said, “and you’ll have a chance of accomplishing your dreams next year.”

From then on, every time we talked there were better news. More details. More teams. And then the Oh S**t This Is Gonna Happen moment.

Remember the whole Sea of Red in Bilbao? The whole Manresa fans party during the Final Four? All the emotions as I won the MVP award and we were about to play the Basketball Champions League Final against Lenovo Tenerife? Well, I had my Oh S**t This Is Gonna Happen moment that morning.

I wake up. I check my phone. A missed call. 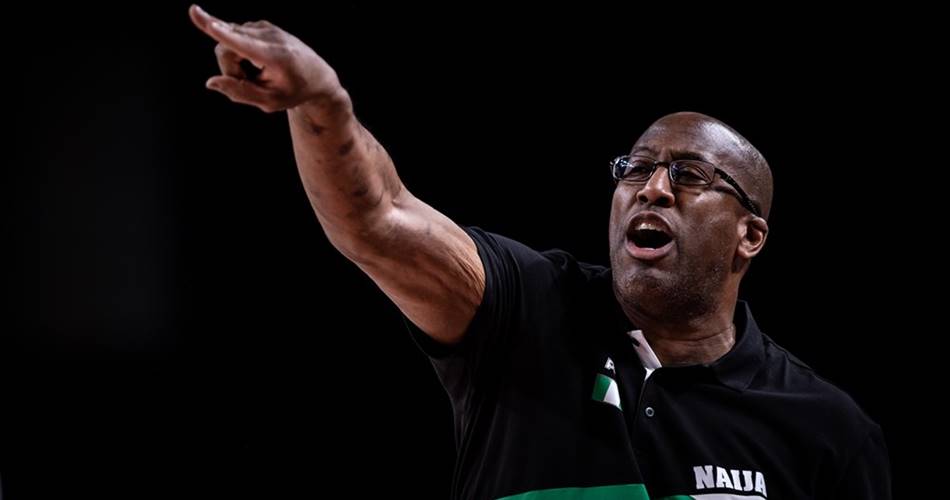 Oh S**t This Is Gonna Happen.

I called him back, he basically told me unofficially he is about to be named the head coach of the Sacramento Kings, and he wants me to be a part of it. My toughness, my defense, my energy, that’s something he needs on every team he coaches.

It wasn’t an Oh S**t This Is Gonna Happen moment anymore.

It didn’t stop there, either. It kept growing, other teams were just as interested, but the Kings were very consistent and the fact that coach Brown knows me from the Nigerian national team made it very, very real.

The moment it all officially came together added another twist of fate to the story. A few days ago, I was getting ready to go to Hot Yoga – you know me, I gotta stay healthy… And I gotta look good. The agent called me and said we need to make a decision, other teams were involved, but Sacramento makes sense. That whole Hot Yoga session, I couldn’t focus. I was sweating because it was Hot Yoga, but I was also sweating because I was about to be an NBA player. And I was sweating because I had a plane to catch to go to my college teammate’s wedding just three hours later.

The location of the wedding? Just next to Sacramento. Hey, I was already on my way over, the team just had to book another couple of days for me there to do the physicals and medicals, and sign the contract.

Man, my whole career. Overlooked. Doubted. Underrated. And now that I’m here, the plan isn’t changing. I’m going back to being a nobody in the NBA. That’s how it’s gonna be.

A lot of people don’t know me. A lot of people are going to be curious as to why the Kings signed me. So I gotta go out there and prove that yeah, I’m a nobody and nobody’s perfect. I look forward to it, that’s been my whole mentality and my whole persona.

And very, very soon, the NBA world will know who I am.

More on his story, check out Moneke starring in an episode of BCL Diaries.

The post Chima Moneke: “I’m a nobody, and nobody’s perfect” appeared first on Eurohoops.