Brandon Brown was named Basketball Champions League MVP of the Month for December, as announced Friday.

Per the press release: “Brandon Brown is a well known name in the Basketball Champions League, from his days at Nizhny Novgorod in 2019-20. He is back, and back to his best, picking up the last MVP of the month award in 2021 after leading U-BT Cluj Napoca straight to the Round of 16.

The point guard missed the start of the season after an injury, came back and warmed up in November, and switched through gears in December.

Brown had a 17-point, 10-assist double-double against Happy Casa Brindisi, then added 19 points, 5 assists and a number of clutch shots in the comeback win over Darussafaka.

“I worked really hard to try to get back in shape after the injury, so it feels nice to find my rhythm and have good games. I felt more of myself being able to help the team on the court,” Brown said after learning he was the best player of the BCL in the final month of 2021.

While he is not a newcomer to the League, his club is. The Romanian champions went through the tough Qualifying Rounds to reach the Regular Season for the first time, and they showed they are here to stay, winning the group against juggernauts Brindisi, Darussafaka and Hapoel U-NET Holon.

Brown at the point, Patrick Richard as the leader, Elijah Stewart and Karel Guzman as the athletic wings, Andrija Stipanovic and Stefan Bircevic in the middle with their experience, plus the pure strength and elite hands of Dustin Hogue. Coach Mihai Silvasan and Cluj’s front office have put together a strong roster.

“I am very proud of our group,” Brown said. “It is a big step for us and our club to be first in the group and qualify to the Round of 16. We are looking forward to keep working and playing.”

Brown has always been the one who worked the hardest. He hasn’t had that stellar path to professional basketball, fighting his way through NAIA program in Montana Western, then playing all over the world, from Australia to Brazil.

Throughout his unusual journey, he always had one sentence written to inspire him:

“To be able, at any moment, to sacrifice what you are, for what you will become.”

At 32, he isn’t looking a step slower than a decade ago, he admits his basketball IQ has improved a lot over the years, and still remembers the doubters from his high school days and college recruitment.

“For a long time I was told I was too small and not good enough. Because of that I had a chip on my shoulder. When people ask I always say I would bet on myself, every time. I believe in who I am and I am always authentic and genuine to myself,” he explained in an interview with Midwest Elite Basketball back in 2017.

Coming back from an injury after switching from France to Romania, doubters could’ve been around to see if Brown is still good enough.

Now he will get an award – which will be handed to him before an upcoming U-BT Cluj Napoca game – to show those doubters that betting on himself was a good idea, once again. 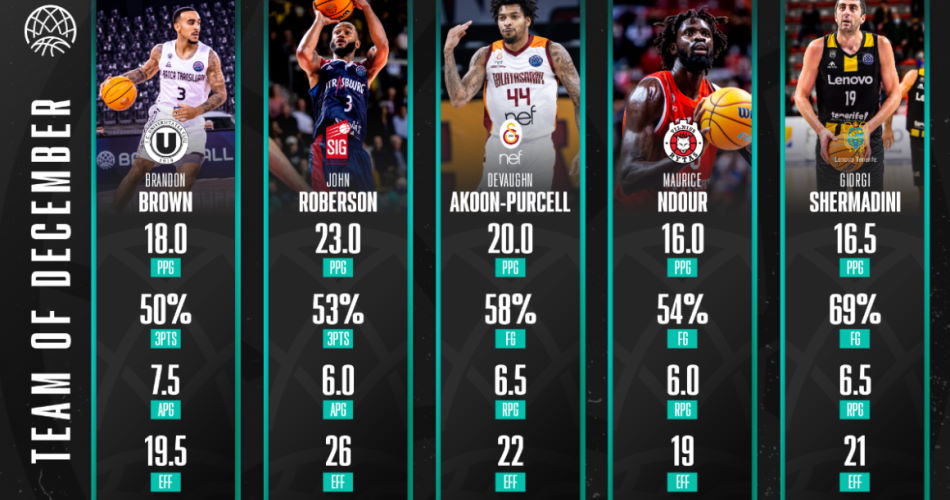